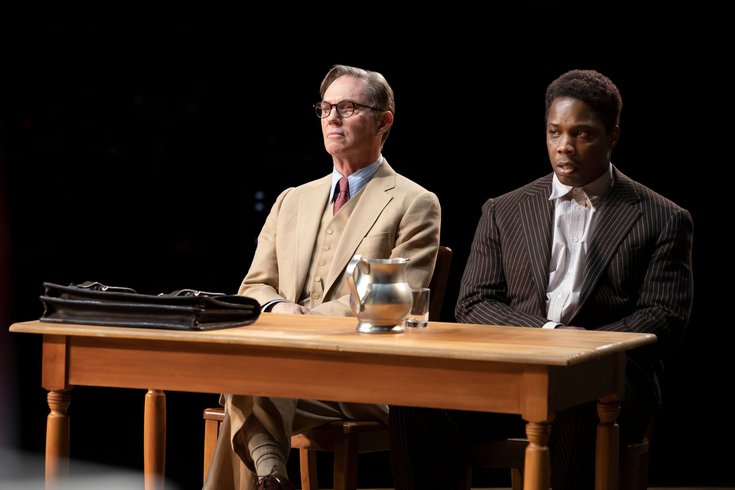 Aaron Sorkin's critically acclaimed Broadway adaptation of Harper Lee's "To Kill a Mockingbird" is showing now through July 24 at the Academy of Music in Philadelphia. The play about racial injustice and childhood innocence stars Emmy award winner Richard Thomas in the role of lawyer Atticus Finch.

The first national tour of Aaron Sorkin's critically acclaimed production of "To Kill a Mockingbird" has landed at the Academy of Music in Philadelphia.

MORE: Shakespeare in Clark Park to return this summer with modern twist on two plays

Originally opening in the Shubert Theater on Broadway in 2018, "To Kill a Mockingbird" holds the record for the highest-grossing American play in Broadway history. It was also the first-ever Broadway play to perform at Madison Square Garden in 2020, just before pandemic-related shutdowns. The play concluded its Shubert Theater run on Jan. 16, 2022 and is currently on its first national tour.

"Shoot all the bluejays you want, if you can hit 'em, but remember it's a sin to kill a mockingbird."

It's #OpeningNight of @mockingbirdbway on the Kimmel Cultural Campus! Who's coming? #TKAM 🎭 pic.twitter.com/Em61WmESp6

"To Kill a Mockingbird" is recommended for people 12 and older, and the run time is two hours and 50 minutes. Tickets for performances can be purchased online.

The show on Friday, July 22, at 8 p.m., will be an American Sign Language (ASL) and Audio Description (AD) Performance. Following that performance, there will be a post-show chat with the audience signed by Anthony Natale, a deaf actor who plays Link Deas in the production using ASL.

"To Kill a Mockingbird"