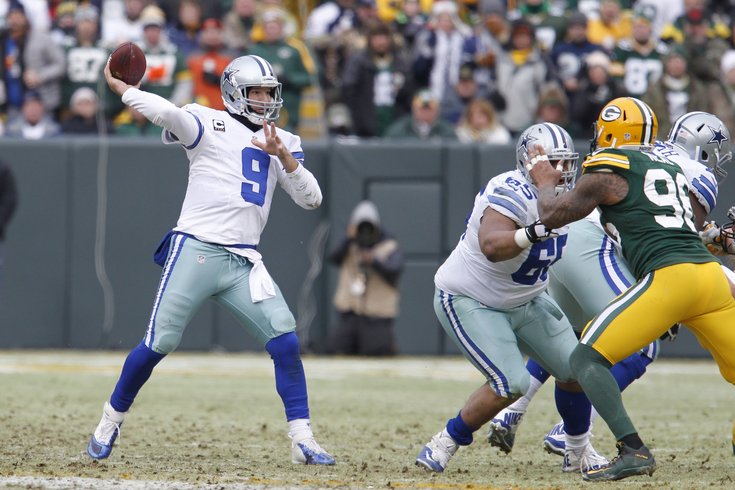 Football Outsiders projects another NFC title for the Cowboys.

With the emergence of Oculus Rift, virtual reality is gaining ground as a potential tool to help simulate real life scenarios that can prepare professionals to better address complex situations and environments.

Few jobs are more difficult than being a quarterback. Between reading coverages, shouting to teammates over crowd noise, and reacting to exotic blitzes, everything that needs to happen in the span of a few seconds can end very painfully, again and again, if quarterbacks aren't sharp in their decision making and mechanics.

Tony Romo has taken his share of abuse over the years, often at the hands of blitzing Eagles. It's no wonder that the Cowboys are keen to see whether a new VR setup from California-based StriVR labs can help Romo out before he becomes separated from his lower back.

According to Discovery, the StriVR system works by compiling video from football practices to create a 360 degree view of each play. Quarterbacks like Romo will wear the VR headset at practices, relaying live video to coaches who can determine whether the signal caller made the right reads and checks on any given play.

“The Cowboys’ coaches wanted the quarterback to feel like he’s on the field,” said StriVR co-founder Jeremy Bailenson, a professor of communications at Stanford. “We are giving backups reps and the starters extra reps.”

How well it will actually influence learning remains to be seen, but Balienson believes the technology will have an even greater impact on youth sports and at the collegiate level. Since VR can also be used effectively by linebackers and defensive backs, scouts looking ahead 5 to 10 years may even find that prospects who used VR display better situational awareness.

StriVR is also working with Stanford, Arkansas, Auburn, Clemson, Vanderbilt, and Dartmouth, while Bailenson expects to be on the field with six other NFL teams by September.