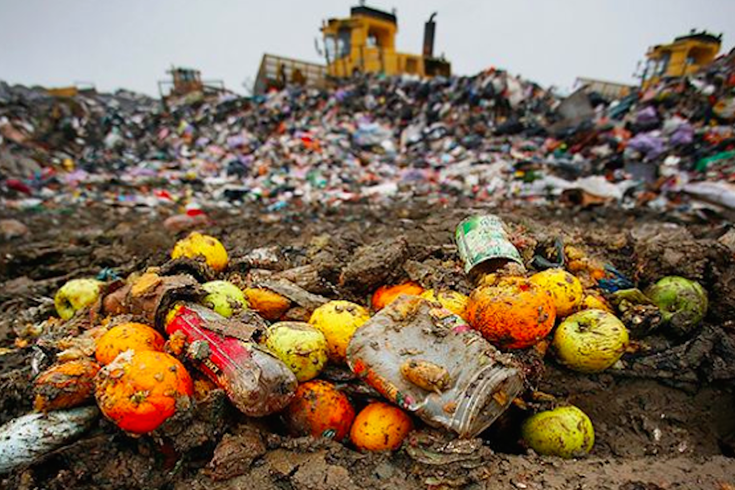 A third of all food is wasted, an amount that totals $400 billion each year.

The world's top food and drink companies have promised to halve the food they waste by 2025, seeking to preempt government regulation prompted by concern about the environmental, economic and social costs of such inefficiency.

The Paris-based Consumer Goods Forum (CGF), a network of some 400 retailers, manufacturers and other players from 70 countries with combined sales of 2.5 trillion euros ($2.8 trillion), made the pledge at a meeting in New York.

The CGF said it would work on measuring a baseline for 2016 and then create monitoring and public reporting mechanisms as its members try to cut food lost during production and shipment to stores and maximise the use of remaining waste.

"It is a tragedy that up to 2 billion tonnes of food produced around the world is lost or wasted never making it on to a plate," said Paul Polman, chief executive of Unilever, whose products range from Magnum ice creams to Dove cosmetics.

"At a time of growing food insecurity and climate change, we can’t afford to let this continue."

The U.N. Food and Agriculture Organisation has said that a third of all food produced worldwide -- worth $750 billion -- is thrown out each year, squandering as much water as three times that contained in Lake Geneva.

The CGF said food waste, which often ends up in landfills, is responsible for releasing 3.3 billion tonnes of greenhouse gases into the planet's atmosphere each year, meaning if food waste were a country, its carbon footprint would be third only to China and the United States.

Paul Bulcke, chief executive of the world's biggest food and beverage company Nestle, said the move should contribute to moves to preserve natural resources, especially water, and to limiting the rise in global temperatures to 2 degrees Celsius, a target of climate change negotiations.

France announced plans last month to crack down on food waste with legislation banning big supermarkets from destroying unsold but edible food on pain of fines and even jail sentences.

The European Commission has proposed that member states develop national food waste prevention strategies with the aim of reducing such waste by at least 30 percent by 2025.

Germany has also been active on the issue, pioneering "food-sharing", using the Internet to distribute produce recovered from store rubbish while still in good condition.

Earlier this month, Britain's biggest supermarket chain Tesco said it would introduce a pilot scheme at 10 of its stores to give away each day's unsold food to charities.