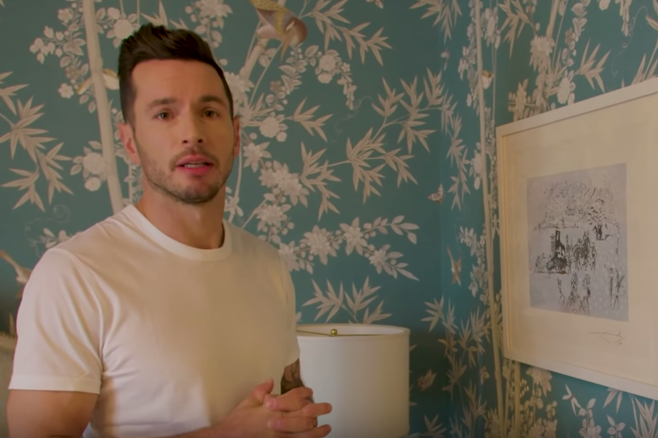 Architecture Digest toured JJ Redick's home in Brooklyn, New York, and if you had high standards about your home — well, they're about to go higher. His family's impeccably designed apartment is a design haven, and we may or may not be obsessed with almost every single detail.

After living in 14 different residences, Redick and his wife, Chelsea Kilgore, wanted to move closer to family after having their first son, Knox in 2015. The two settled on Brooklyn for its close proximity to Chelsea's twin sister, Kylee.

Renovations were in full swing when Redick signed with the Sixers in 2017, and despite leaving Philadelphia for New Orleans, Redick says he has no plans to move again.

Redick takes the viewer to every part of his home, and it has just about anything you could imagine, from fancy umbrellas that no one's allowed to touch to a custom bar fit with Zalto wine glasses. Um, yes, please.

He then introduces us to a rather elegant, custom half bathroom that was designed off of a limited edition Louis Vuitton bag he bought for his wife 10 to 12 years ago. Though, the star of the tour is his office in the master suite, which is fit with artwork, a record player, and "bunch of Bruce Springsteen albums."

The shooting guard also seems to really enjoy pointing out all the Salvador Dali paintings his wife picked out. (They really creep him out.)

Watch the tour below.