Tracking the Saints' first round pick, owned by the Eagles 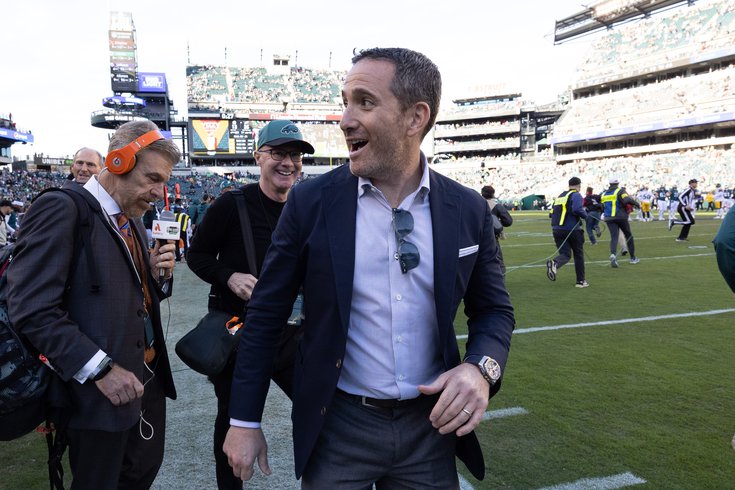 As you're all aware, the Philadelphia Eagles own the New Orleans Saints' first-round pick in the 2023 NFL Draft. As such, Howie Roseman and the Birds' front office very much want to the Saints to lose as many games as possible, thus improving the value of that pick.

Prior to the Saints' Week 13 matchup with the Tampa Bay Buccaneers on Monday Night Football, fivethirtyeight.com placed the Saints' chances of making playoffs at eight percent. With a win, those odds would have jumped up to around 24 percent. With a loss, they are now down to less than one percent. The New York Times' playoff probability tracker basically agreed. They too gave the Saints an eight percent chance, which jumped to 20 percent with a win over the Bucs, and less than one percent with a loss.

With the Saints' loss in Tampa, the Eagles have all but cliched at least a top 18 pick in the 2023 NFL Draft. That pick will more likely land in the top 10. If the season ended today, it would be the fifth overall pick. A look at the top 10, via Tankathon:

The No. 1 overall pick is likely out of reach, as the Texans probably have that on lock, but Eagles fans should also be fans of the Bears, Broncos, Rams, and, of course, whoever is playing the Saints. They should also be rooting for teams like the Panthers, Jaguars, Cardinals, and Colts, for breathing room purposes.

The Saints' remaining schedule is as follows, with the likelihood of a Saints win in each game via ESPN analytics' matchup predictor:

If the Eagles are playing their starters Week 17, I'm not sure exactly how the Saints are 21.5 percent likely to win that game, but whatever.

Here are the remaining schedules for the Bears, Broncos, and Rams:

It's important to note that the Broncos and Rams do not own their first-round picks in the 2023 NFL Draft, so they have no real motivation to pull a tank job like the 2020 Eagles.