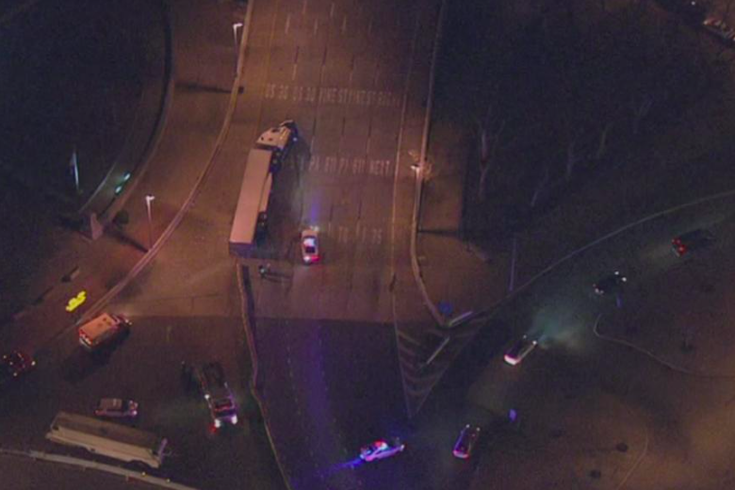 A tractor trailer overturned on the I-676 Westbound ramp on Wednesday night, causing long delays.

The truck remained overturned at the scene after 8:00 a.m. Thursday, and westbound traffic approaching the scene was backed up across the Ben Franklin Bridge during the morning rush hour commute.

Another tractor trailer was brought in to off-load the truck's cargo and workers made arrangements to tow away the vehicle.

The I-676 westbound on-ramp was shut down following the accident, which involved two people inside the tractor trailer. No injuries were reported.

Three traffic lanes were initially merged into one on the Ben Franklin Bridge and diverted off at the 5th Street exit. By 11 p.m., barriers were set up around the wreckage, and all but the left lane were back open.