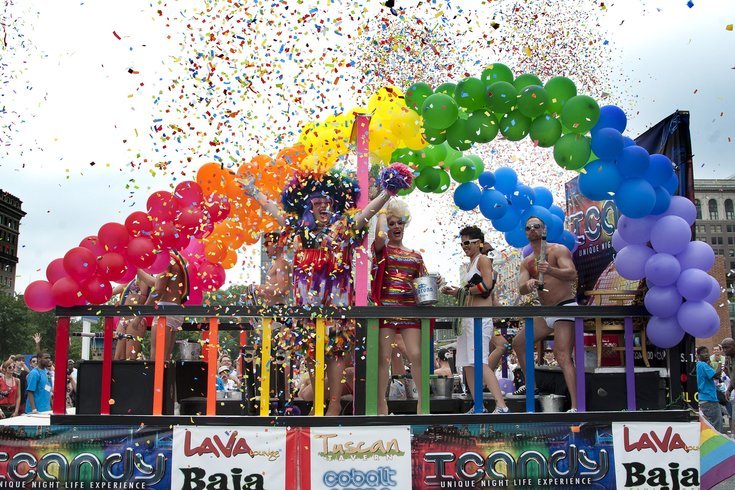 The 2016 Pride Parade & Festival kicked off on Sunday, June 12. A few weeks later, a #HeterosexualPrideDay hashtag brought about an online war of words and reactions.

This trending Twitter hashtag is obviously a play on more worthy, justifiable and necessary pride days for human beings who do not ascribe to hetereosexuality, and face misplaced oppression because of who they are.

It is also obviously peak trolling.

That means, in the vast majority of cases, it's not an organized effort by persecuted straights to have their struggles noticed on a wider stage.

And it's not a coordinated way of insulting the memory of Orlando-massacre victims.

And it's not a means to further reinforce the privilege of normative lifestyles. (Granted, I don't now whether that last phrase associates with the Glossary of Acceptable Terms in 2016, but it sounded rightish, so there it went).

What it is – at least initially – is a ploy to get people all up in a tizzy for no other immature reason than entertainment value.

How do I know this isn't a new "holiday"? Well, beyond the lack of $4.99 Hallmark cards celebrating the momentous occasion, it trended last year as well.

Lol so many people were upset bc of #HeterosexualPrideDay yesterday

So, it remains unclear whether the Twitter user who claimed credit for its creation – Sam aka @_JackNForTweets – is truly the mastermind of said mayhem. Maybe he is. Maybe he isn't. Maybe he isn't even a he.

That’s neither here nor there, though, for the reactions were remarkably predictable in this everybody's mad about everything age.

Regardless of how it came about, it played into the Outrage Nation cottage industry of soapbox construction and use. As mentioned at the top of this piece, it’s a near impossibility to peruse one’s timeline without seeing someone battling back against this perceived indignity.

So this Twitter roundup – after all, this is what you’re supposed to do in American Media Ver. 3.0 – will focus on those who, through a moment of reflection, recognized the hashtag for what it is: Troll-empowering nonsense as opposed to propping up a couple took-it-seriously tweets as emblematic of widespread ignorance.

The list of #HeterosexualPrideDay tweets grew by hundreds by the minute, so some worthy content might have slipped past, but this is a good cross-section regardless.

When you check Twitter and see #HeterosexualPrideDay and you laugh because it's obviously a joke. Right?

Lol it's #HeterosexualPrideDay but I'm not really bothered. Props to the gay guys like me who aren't taking it so seriously!

Is #heterosexualprideday an actual movement? It looks more like people falling for bait hardcore since all I see are complaints about it.

It's obvious #HeterosexualPrideDay is just a rib, so the fact that people are getting pissed is sad and hilarious.

Dear SJWs throwing a temper tantrum about #HeterosexualPrideDay - it's not real and you're the butt of the joke. Isn't it obvious to you?

Happy #HeterosexualPrideDay to all those who coudnt be here to see there rights honored pic.twitter.com/BHuUNQpVPi

The moral of the story: Yes, there are some ignorant people out there, especially online. But maybe we’d all be better off if we focus on real issues facing marginalized populations instead of huffing and puffing and blowing moronic hashtags down to show how woke we really are.

The creators feed off your anger, so take pride in knowing a lack of reaction will ensure that hashtags like this don't feverishly trend in the first place.