Trump's 'House of Horrors' and other election front pages 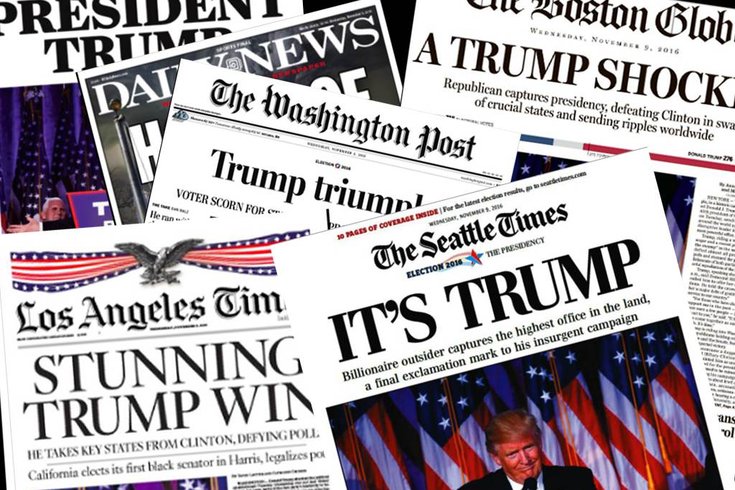 The nation's newspapers react to the election of Donald J. Trump as the 45th president of the United States.

The nation's newspapers reacted Wednesday to the improbable and historic victory of President-elect Donald Trump. Their front pages ranged from the incredulous to the nasty to the respectful: 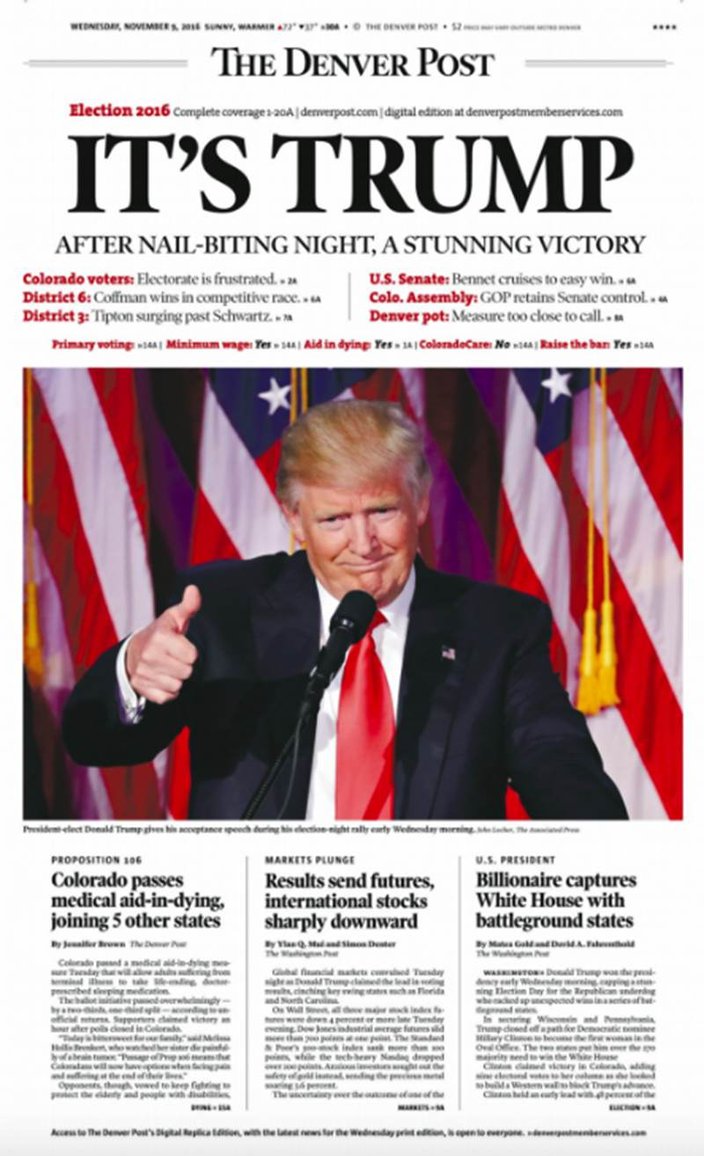 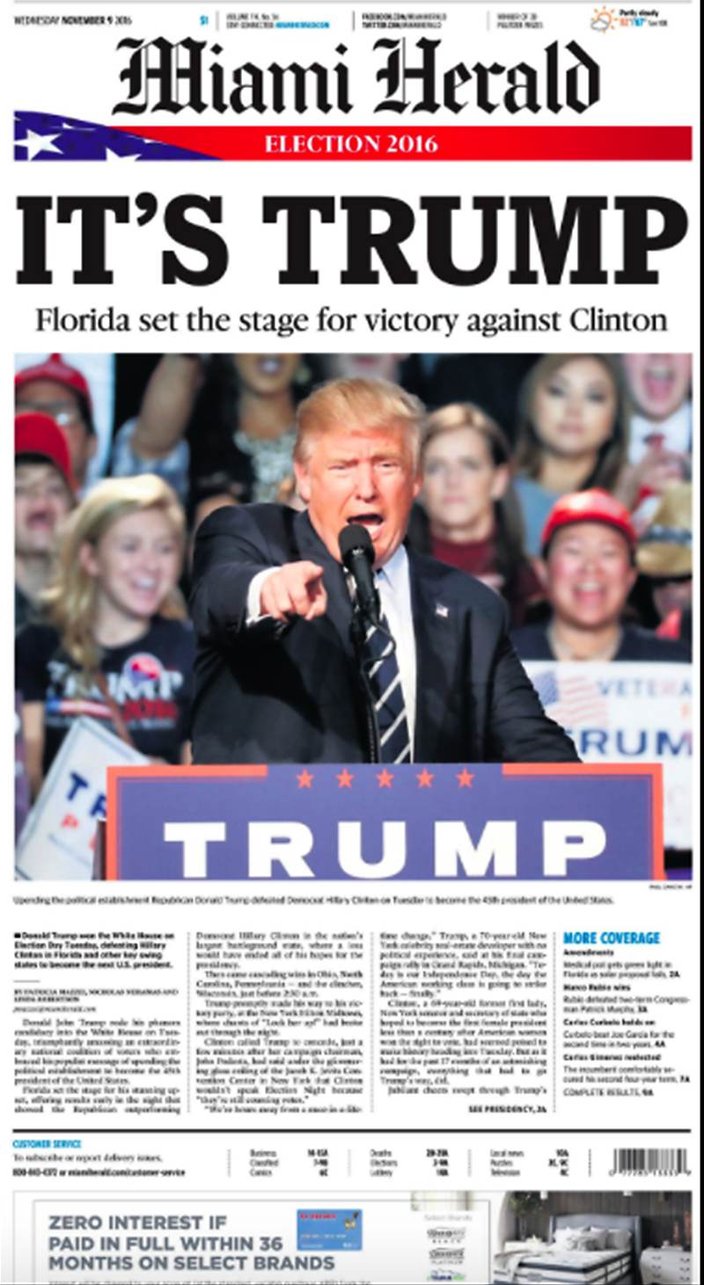 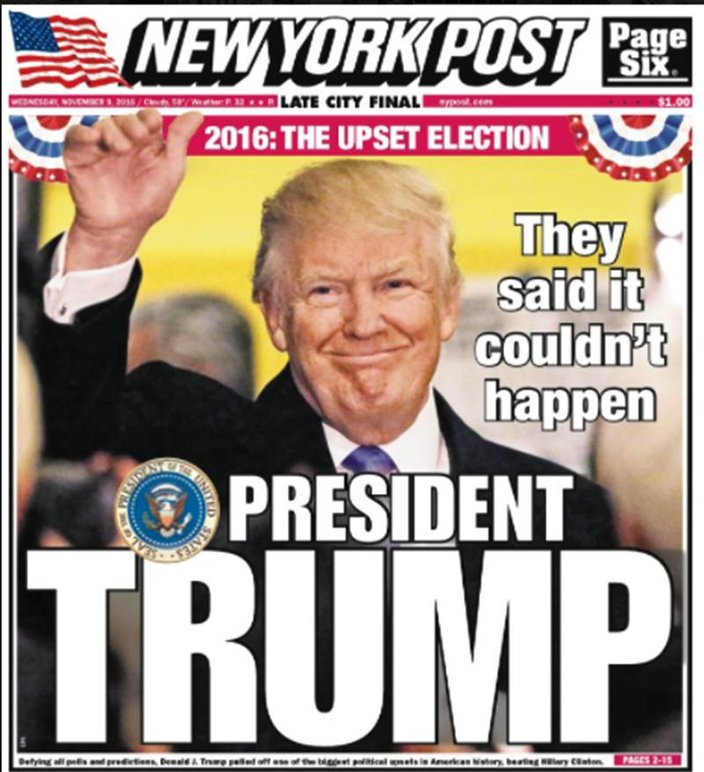 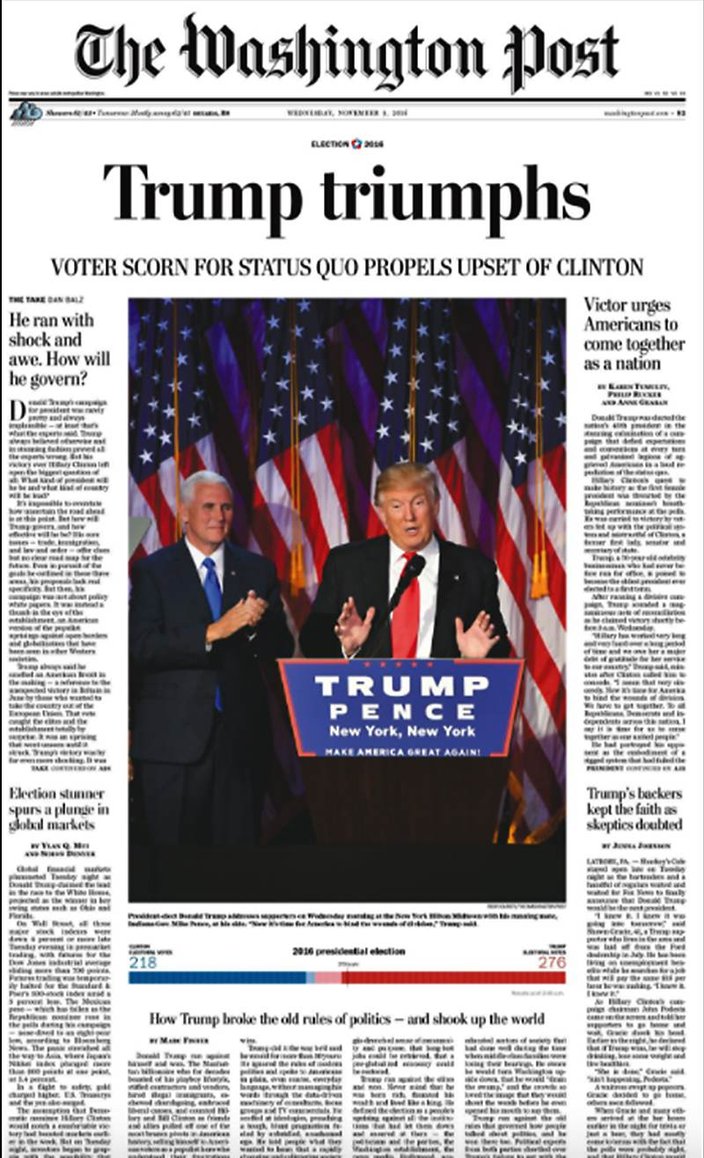 Washington Post: 'He ran with shock and awe. How will he govern?' 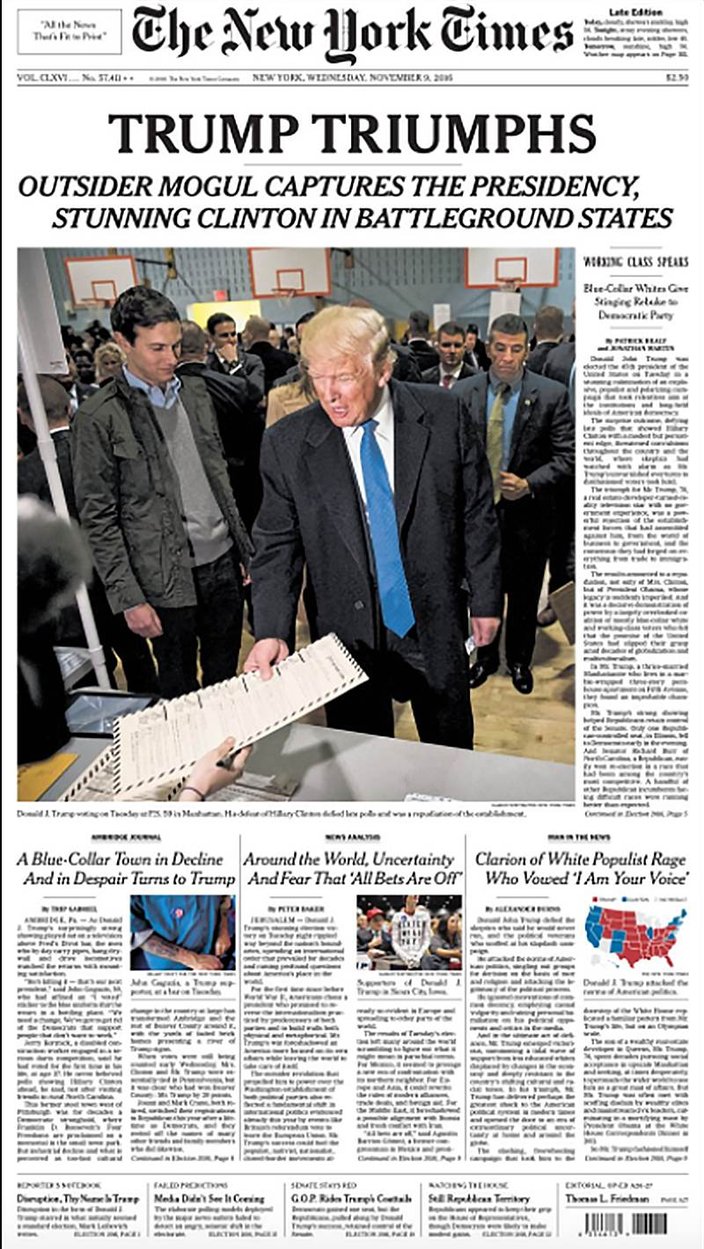 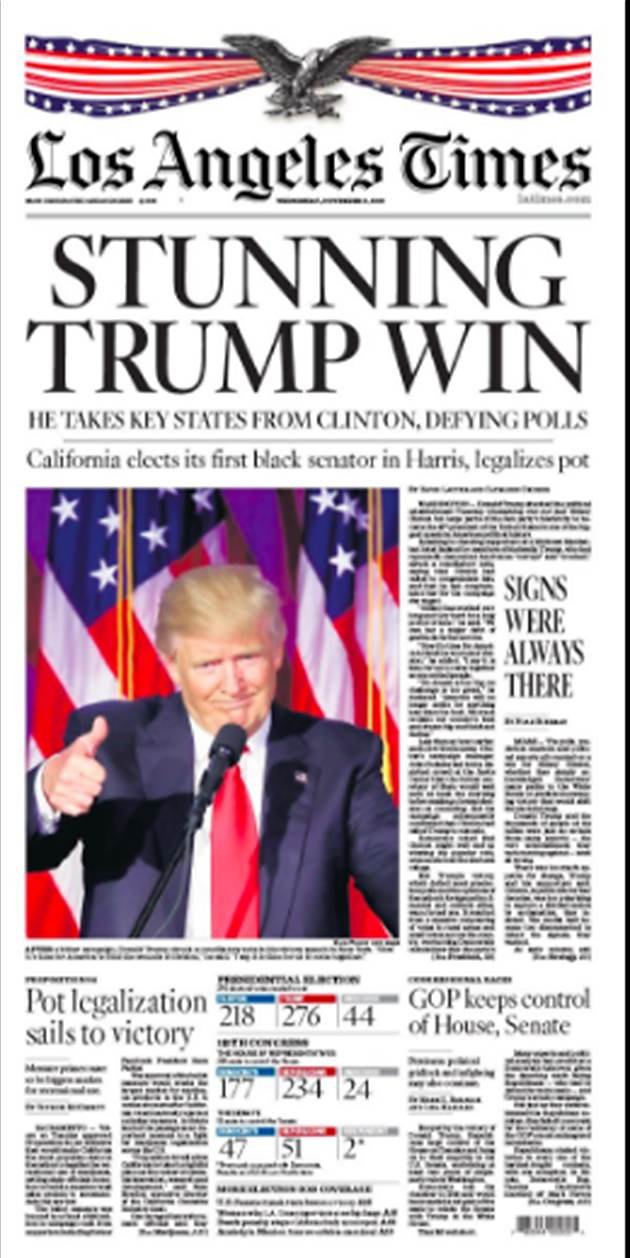 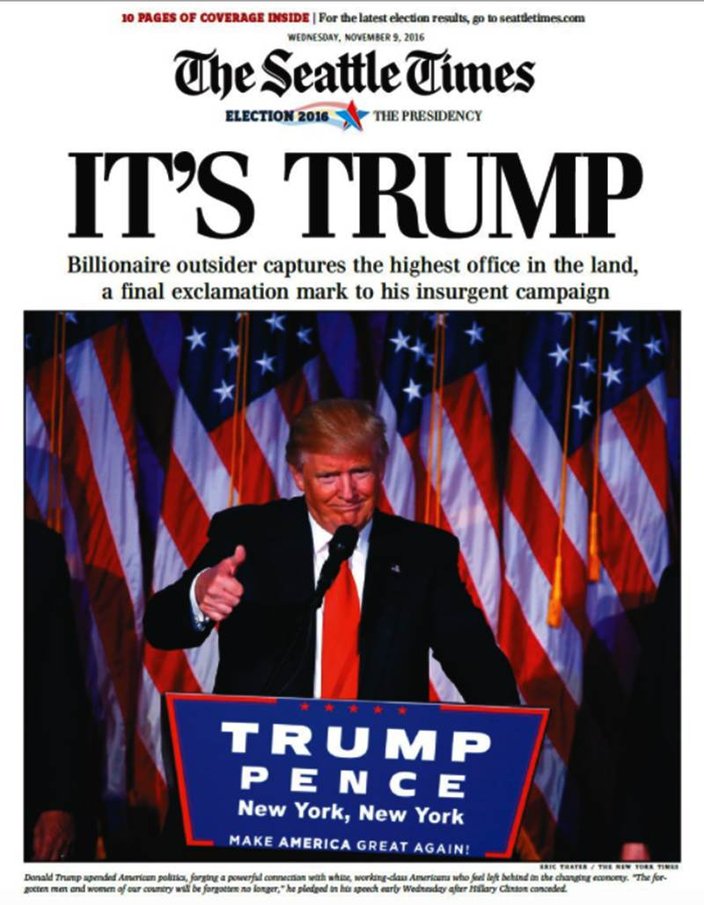 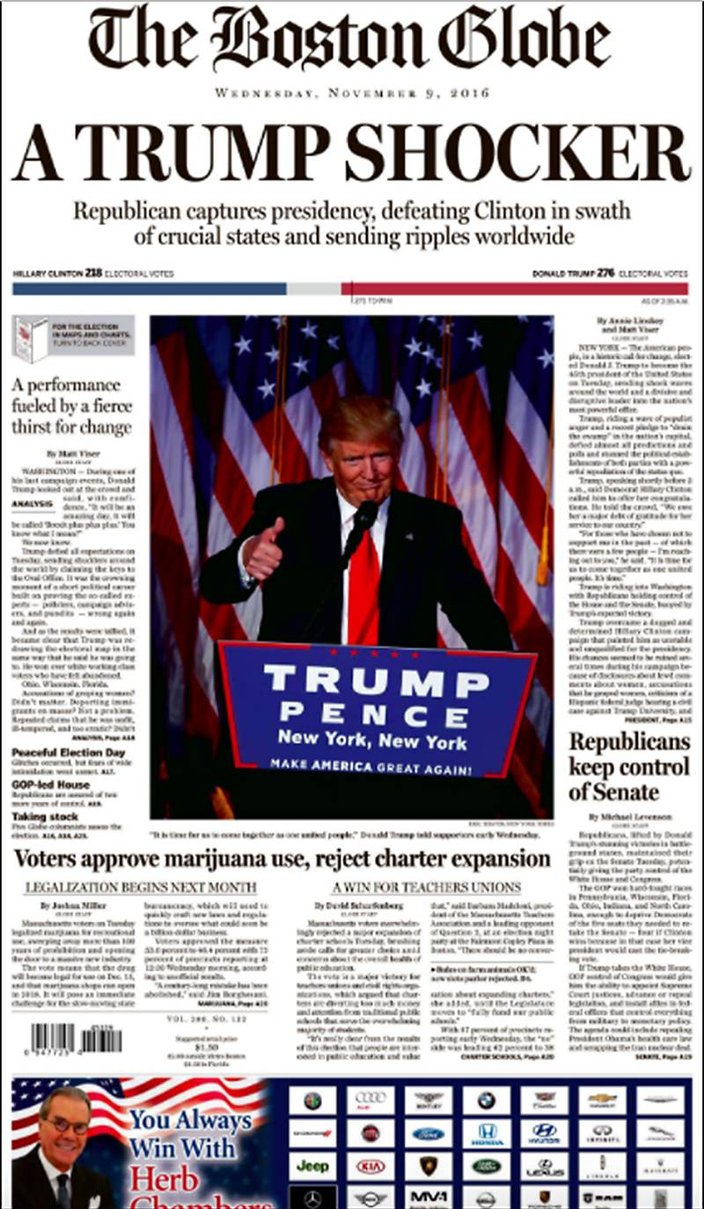 Boston Globe: 'A performance fueled by a fierce thirst for change' 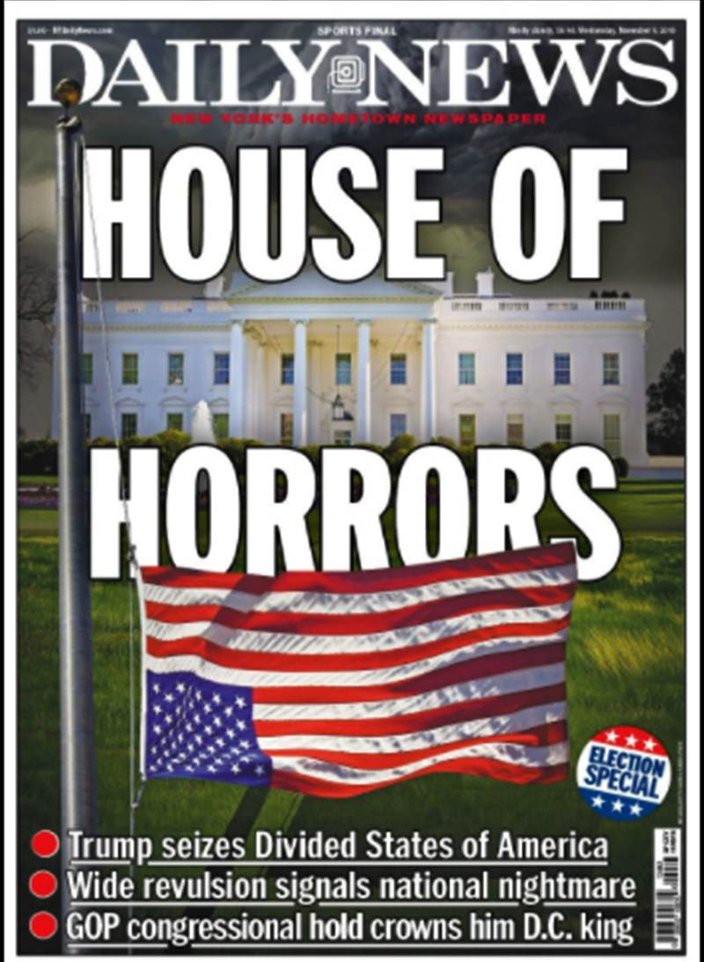