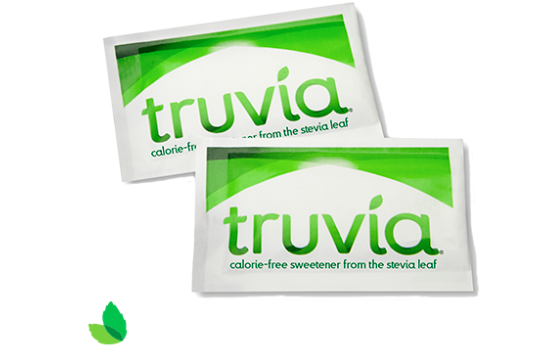 Could the Truvía you innocently pour into your sports drinks be a potential form of birth control?

Maybe not for humans, but researchers as Drexel University say the popular artificial sweetener packs just the right punch to halt the egg production of fruit flies.

Erythritol, the sugar alcohol ingredient found in Truvía, was tested on a population of fruit flies to determine its effects on the survival of recently hatched offspring. The researchers found that the ingredient's lethality was not only quick, but greatly reduced the production of new eggs as long as flies were feeding on it.

“Erythritol has potential to be deployed in a wider array of settings, targeting adults, egg production, active feeding larvae, or all of the above,” said Sean O’Donnell, one of the lead researchers on the study. “Many insect control programs focus on knocking back insect reproduction, rather than — or in addition to — killing the adults. In part this is because reproductive suppression or disruption has a very strong effect of reducing pest population growth rate and limiting maximum pest population size.”

The ingredient, one of several tested on fruit flies in a prior Drexel study, was found to be the most deadly polyol for the insects to ingest. In a span of three days' feeding time, erythritol killed the adult fruit flies. The latest studied focused on reproductive effects and larvae.

“Many times, the larvae of insects can be more destructive than the adult,” said researcher Daniel Marenda, who led the first study. “The larvae are also less mobile most of the time, and, therefore, are more sensitive to these sorts of interventions.”

Young fruit flies who fed on erythritol never progressed past their five- or six-day larval stage, living an average of just a day and a half. They were not starving, either. Blue dye in the erythritol made clear that the young flies were in fact consuming the ingredient.

By comparison, 90 percent of the larvae who were fed regular food without erythritol survived to the pupa stage before adulthood.

Adult flies who were given erythritol laid significantly fewer eggs than normal during the day they consumed it, yet showed recovering fertility the following day when provided with regular food.

“Even though adults can live through eating erythritol for some time, their reproduction is impaired,” O’Donnell said. “They will make little or no contribution to population growth before dying, and this effect is relatively rapid: It was apparent on Day One.”

While the study focused exclusively on fruit flies, the research team said erythritol shows definite promise as a pesticide for other insects as well. If that's the case, the ingredient could have wider applications to protect fruit shipments and other perishables subject to the destruction of feeding and breeding insects.

“Our results on other species are promising, , O'Donnell said, "and other lab have published follow-up work on different insects suggesting our results apply to a wide array of pest insect species."