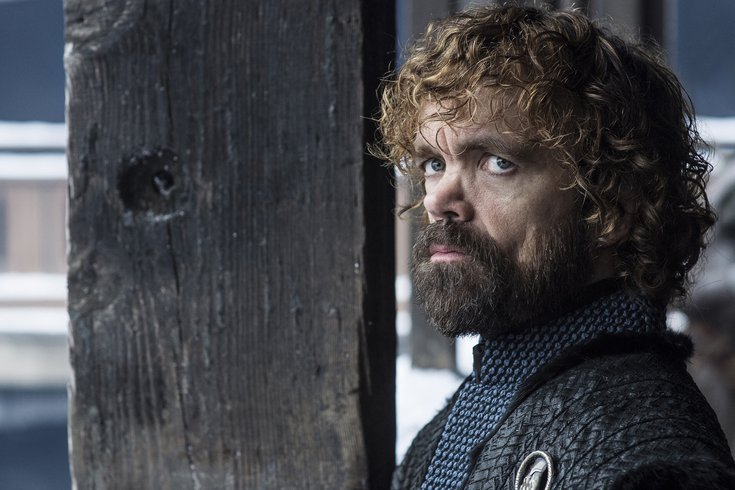 Welp. The series finale to "Game of Thrones" aired Sunday night, and it was a bit of a mixed bag.

The ending left viewers satisfied in some ways, but other bits of it were less than desirable. It's not that surprising given the entire season has left viewers with some mixed reactions. (SPOILER ALERT: If you haven't watch the GOT finale yet, don't read any further.)

MORE: The 'Game of Thrones' finale sucked, and here’s why

The finale episode begins with ash raining down as Jon and Tyrion walk along the streets, bodies still burning. Tyrion goes to find his sister and brother, but finds them dead, crushed by fallen infrastructure. It leads him to denounce his title as Hand of the Queen in front of a tyrannical Daenerys after she gives a speech to her army, essentially wanting to wipe out everyone in the Seven Kingdoms.

This is where it starts getting good. Imprisoned and condemned to death, Jon visits Tyrion who regrets supporting Dany and attempts to get Jon to admit the same. He denies it, naturally. But things take a strange turn when we see Dany approaching the Iron Throne.

They start talking, Jon tries to reason with her, she refuses, but he calls her his queen and they start kissing. Right when you're thinking – this can't actually be happening – Jon stabs her.

Drogon blasts the Iron Throne with fire and melts it down to nothing. So, that's it. No more Iron Throne.

Things get weird from here though. Even though Drogon took Dany and flew away, Jon seems to have turned himself in and is now a prisoner. But don't worry, 'cause the gang's all here (aka, every important member of the Great Houses, including Stark, Greyjoy, Tarth, and Tarly) to try to discuss what to do with Jon. (Despite the fact he literally saved the Seven Kingdoms from a tyrannical dictator, but, you know, whatever.)

Some want him to die. (cough Grey Worm cough) But in the end, they decide to name someone king to make the decision. Though, not before Samwell tries to create a democracy that makes everyone laugh. LOL, Sam.

Samwell Tarly bringing up democracy... a men way ahead of his time #GameOfThonesFinale pic.twitter.com/Wk5U3rPIH5

After some silence, Edmure Tully nominates himself, but Sansa shoots that down pretty quickly.

#GameOfThrones
Uncle: “Based on my experience....”

But then, Tyrion nominates GOT fan-favorite Bran Stark. And yep, he becomes king. Which left a lot of people wondering ... why? Including Sansa.

Sansa when Tyrion picked Bran as Ruler of the Seven Kingdoms over her #DEMTHRONES #GameOfThrones #TheFinalEpisodepic.twitter.com/YvIv9sGk6f

Bran decides to exile Jon back to The Wall, where he eventually meets up with Tormund and has a reunion with Ghost, his beloved direwolf.

I think we all got the ending we deserved. #GameOfThrones #GOTSeasonFinale pic.twitter.com/k8JNAhCH8m

Sansa keeps the North an independent nation, making her Queen of Winterfell. All hail, the true queen.

Sansa outlived her abusers and went from being little bird to QUEEN IN THE NORTH.

When Jon gets released from his imprisonment, we find out Ayra is going west. She wants to explore whatever is west of Westeros.

The show ultimately ends how it started – with the Starks.

Sansa: Queen In The North

Bran: King of the Six Kingdoms

Arya: The Princess that was promised