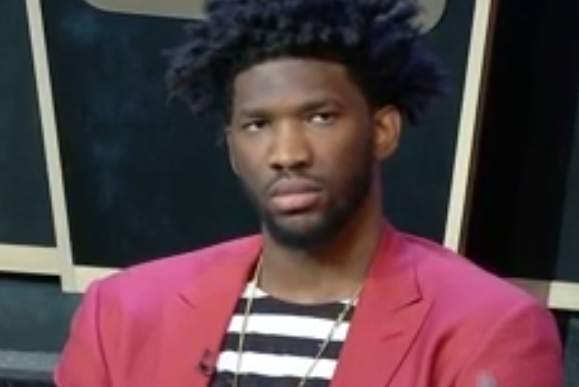 The stakes were high for the Sixers at Tuesday night's NBA Draft Lottery, where all the teams who spent the previous season mired at the bottom of the standings got a chance to look toward a brighter future.

With a little cooperation from probability, the Sixers had a best-case opportunity to land two top five picks, one from the Los Angeles Lakers and one from a swap with the Sacramento Kings. At an absolute minimum, the Sixers were guaranteed to wind up with at least the 7th overall pick.

Representing the team in New York City was the loveable and always stylish Joel Embiid, whose talent the Sixers hope will blossom alongside the player they select in the June 22 draft. Last year's number one overall pick, Ben Simmons, is also waiting in the wings.

Everything lined up suspensefully when the Sixers, who would have drawn the 5th overall pick, invoked their right to swap with the Kings. That put them in the ping pong ball running for one of the top three picks alongside the Boston Celtics (who owned the Brooklyn Nets' pick) and the Lakers.

The Sixers wound up drawing number three, which, considering how people gripe every year about this thing being rigged, is something to be grateful for in its own right.

The lottery is set. pic.twitter.com/91vlNg3n24

So Hinkie's trade for Stauskas resulted in the Sixers moving up from 3rd to 5th. Amazing.

#Sixers Embiid on getting No. 3 pic.twitter.com/GgGrtjkEAf

I'm all about Josh Jackson in a #Sixers uniform.

Not quite the same result as last year, but a hell of a #LotteryParty nonetheless.

The pick swap saved the Sixers two spots in the draft. What a ridiculous trade.

People either love what the Sixers have done or hate it. No in between. Their fans are loyal...give them that.

@sixers When you realize you didn't get the Lakers pick pic.twitter.com/hgI3WZX4Zl

The sixers are gonna be nasty in a few years

i just want joel embiid to be happy