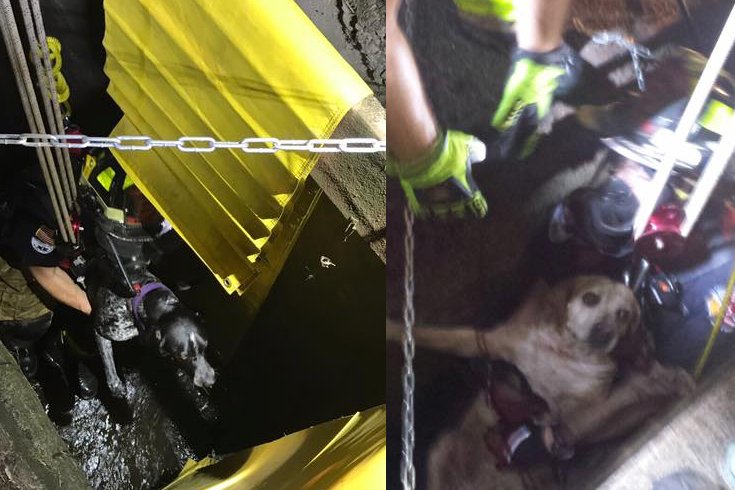 Officials saved two dogs from a storm drain in Bucks County on Friday night, and authorities are trying to find out who owns the animals.

The Lower Southampton Fire Department said on Facebook the two large dogs were found in the sewer, 16 feet below the ground.

Rescue crews needed to use ropes to descend down into the drain to get the animals.

RELATED: Dog that disappeared in Florida in 2016 is found in New York

He added that the dogs knew each other, but residents in the neighborhood didn't recognize them.

Anyone with information on the dogs is asked to call the Town and Country Kennel at 215-752-3661.