Police continue to search for the suspect as their investigation continues 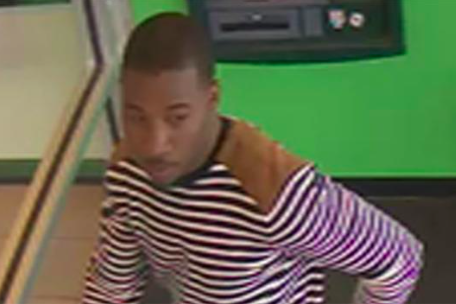 One of two suspects in the theft of a U-Haul cargo truck last Sunday, caught on surveillance at a TD Bank in Hunting Park.

Two missing cargo trucks that had police concerned about Philadelphia's event-filled weekend in Philadelphia were recovered early on Saturday morning.

According to 6 ABC, the Penske Ford F-350 with Indiana plates, missing since Tuesday, was found empty around 1:20 a.m. on Saturday in the 1100 block of Rising Sun Avenue.

The truck was towed away by police for further investigation.

About a half an hour later, the other truck,  a white U-Haul Ford E-250 with Arizona plates, was found on the 2200 block of West Lehigh Avenue, NBC 10 reports.

Philadelphia police had been concerned about the missing trucks in light of Saturday's Spring Festival on South Street and Sunday's Broad Street Run.

Still, police are searching for a suspect after the white U-Haul was first rented out by a homeless man last Sunday. According to police, the homeless man was approached by two men in Center City who asked him if he had a valid ID.

Philadelphia Police Chief Inspector Joe Sullivan said the homeless man was instructed by the two men to open a TD Bank account. The vehicle was then rented at 101 West Hunting Park Avenue and the suspects told the homeless man they would meet up with him later. He was never contacted again and the truck was missing until Saturday.
The suspect, pictured above, was caught on surveillance footage escorting the homeless man into TD Bank.
Police said there was no evidence linking the missing truck to an anticipated act of terrorism, but out of caution they are asking for help from the public to locate the suspect.