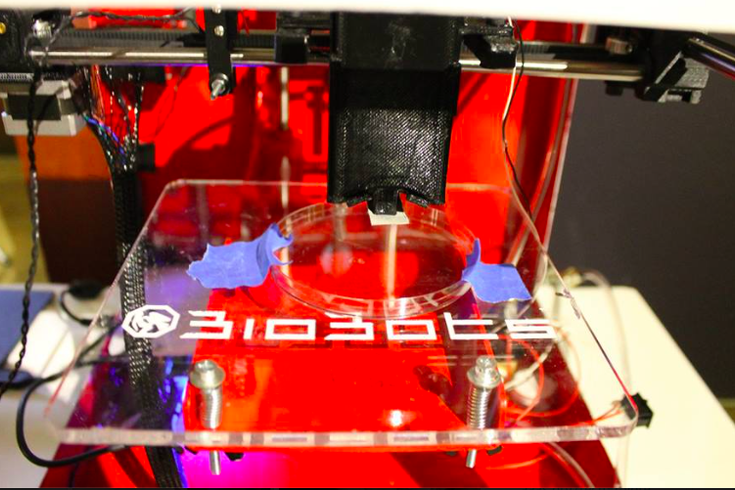 The BioBot 1, created by Danny Cabrera and Ricardo Solorzano, is gaining momentum as a powerful tool for regenerative biomedical research.

Two recent graduates of the University of Pennsylvania took an unconventional route to success in the burgeoning field of bioengineering.

Danny Cabrera and Ricardo Solorzano threw their parents for a loop after they graduated from Penn.  The pair of 22-year-olds, both of whom attended and transferred together from Miami Dade Community College,  explained to their parents that medical school was not in their plans, The Philadelphia Citizen reports.

The two friends opted to stay the course with research they had been doing in a home lab at Solorzano's apartment above New Deck Tavern on Sansom Street.

While fellow students below drank draft beer and ate fish and chips, they were upstairs, building a 3-D printer capable of printing… human tissue.

After a year of tinkering and roughing it, Cabrera and Solorzano are the co-founders of BioBots, a company that has quickly garnered the attention of university research labs, device makers, and pharmaceutical companies. Their product, the BioBot 1, is "a high resolution desktop 3-D printer bioprinter that builds functional three dimensional living tissue," according to the company website.

Last month, BioBots came out ahead of 48 other startups at Austin's South by Southwest Accelerator, taking home the top innovation prize of $1,000. Since then they have have raised $1.5 million in seed funding, allowing them to hire a software designer and tissue engineer.

So what does BioBots $5,000 machine offer to the world of research and regenerative medicine?

BioBot’s customers design the tissue or body part they need on a 3D program. Then, they pick an “ink” from a variety of what BioBot calls “bio-compatible” materials, like collagen, gelatin or fibrin. Finally, they push print—and the result is a workable, testable human body part—like a cartilage knee cap. Or, eventually, the scaffold for a new heart. Or an ear.

Last summer, the pair were accepted into the DreamIt Health accelerator, putting them in contact with mentors and investors who have helped them refine their plans and presentation. They now work out of New York City at NextFab on Washington Avenue. Their sales of BioBot 1 have hit double digits.

Eventually, Cabrera and Solorzano want to see their technology put an end to wait-lists for organ donation and transplantation. They want to enable custom organ printing implantation in real-time. It may not be too far off,  because on the way there, their product will help accelerate advanced research into bioprinting and regenerative medicine.