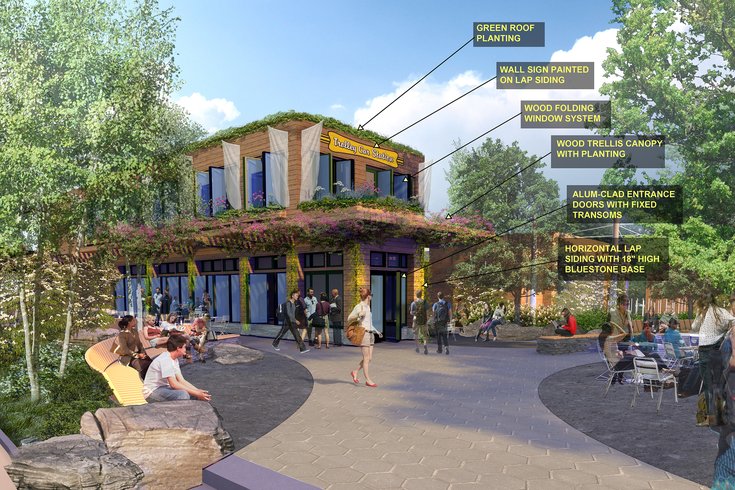 A rendering of Trolley Car Station, a restaurant coming to the trolley station at 40th Street and Baltimore Avenue.

University City District's not shy about taking on bold projects.

In the past, they've famously implemented parklets all around University City and have even transformed bus stops. Now, they're implementing a two-story restaurant concept at the 40th Street and Baltimore Avenue trolley station as part of a larger 40th Street Trolley Portal project.

"This is the evolution of our public space approach, prototyped with our tactical urbanism endeavors such as The Porch at 30th Street, the Market Street Bridge and our parklets," Nate Hommel, director of planning and design at University City District, told PhillyVoice. "Great public spaces often include food & drink options, so we think the family-oriented three-meals-a-day served seven-days-a-week model from the team at Trolley Car is a perfect fit for this neighborhood."

Renderings for the restaurant, to be called Trolley Car Station, were released at a Spruce Hill Community Association meeting on Tuesday. They show a structure adorned with plant life, boasting a green roof that handles stormwater management. According to West Philly Local, the restaurant will seat 150 people and serve breakfast, lunch and dinner through 9 p.m. on weekdays, and 10 p.m. on weekends. There will also be ice cream available and take-out for mix-and-match six-packs of beer, including at least 150 to 200 options. 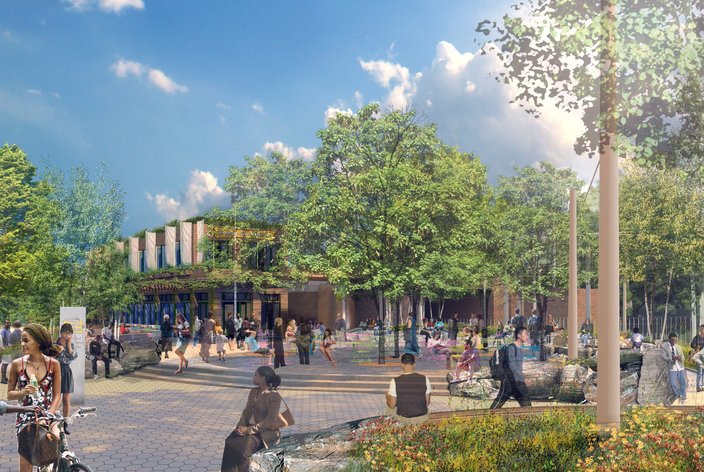 The restaurant comes courtesy of the owners of Trolley Car Diner in Mt. Airy and Trolley Car Cafe in East Falls. It was announced in January that an eatery would join the project.

The 40th Street Portal Project is a $2.1 million investment meant to transform the concrete station into a bustling green space, enlivened by horticulture, art, movable public seating, a bike share and a restaurant space. It's the largest project University City District has taken on to date.

And yes, through this all, a trolley route will still function. 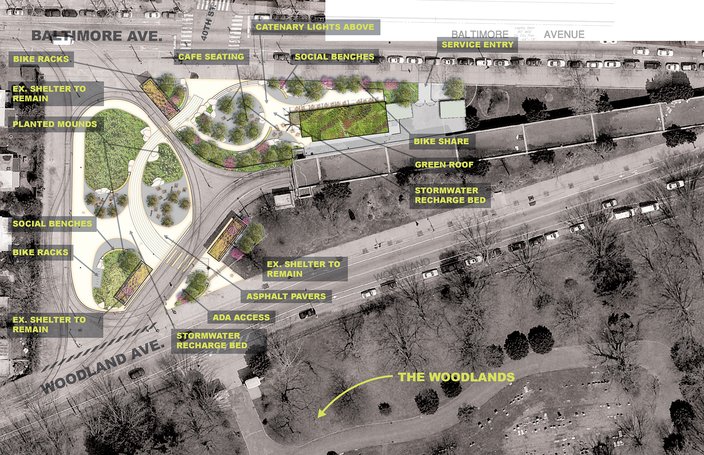 An overhead view of the proposed 40th Street Portal Project.

The project will seek a zoning variance for mixed-use at a Zoning Board of Adjustment meeting, to be held March 30 at 3 p.m. at 1515 Arch St. The goal is to begin construction by fall and open in September 2017.