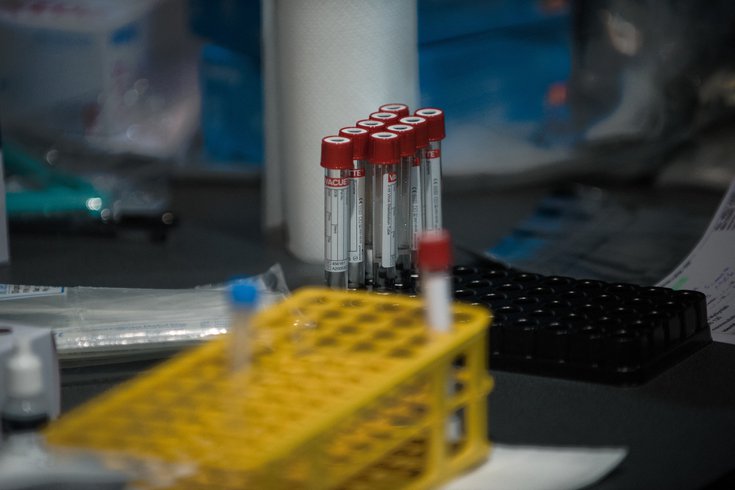 Labs around the world are testing samples for the U.K. coronavirus variant. New Jersey has confirmed its first two cases.

An Ocean County man is among New Jersey's first two cases of the more contagious COVID-19 variant first detected in the United Kingdom.

The man, who is in his 60s, had no clear travel history or a known exposure to someone with the variant, Health Commissioner Judy Persichilli said Friday. He developed symptoms Dec. 29 and was tested Jan. 6.

A lab later confirmed the man had been infected with the B.1.1.7 mutation, a more infectious variant that has sent the U.K. into a strict lockdown and begun spreading in the United States. Scientists expect it to become the dominant form of the coronavirus in the U.S. by March.

The man's symptoms have subsided. He was never admitted to the hospital.

The other case involved a child who visited North Jersey. Persichilli described the child as a "young traveler" who was tested in New York City on Jan. 11.

The variant is not known to cause more severe illness, but one study has found it to be 56% more contagious. Detecting the variant is challenging because standard testing cannot differentiate it from other forms of the coronavirus. A genetic sequencing test is necessary for that.

"As you know, viruses constantly change through mutation, and new variants of a virus are expected to occur over time," Persichilli said. "While the variant may spread more easily and more quickly than previous strains, at this time there is no evidence that infections by this variant cause more severe disease, according to the CDC."

There also hasn't been any evidence showing the U.K. variant is more resistant to COVID-19 vaccines. Earlier this week, Pfizer released data showing its vaccine neutralized the variant in a lab study.

Pennsylvania has reported several cases of the variant, including one in Philadelphia and Bucks Counties earlier this month.

'We need the doses'

Walgreens and CVS, tasked with inoculating long-term care residents as part of a federal partnership, only are administering 10% of their daily supplies, Gov. Phil Murphy said. By contrast, the state is administering its supply at a rate of 50 to 70% per day.

2️⃣Vaccines the State controls – the roughly 100,000 first doses that we’re receiving every week

We’ve been able to get between 50-70%, depending on the day, of the vaccines we control into the arms of our residents. Our pharmacy partners are only distributing around 10%.

More than one million people have pre-registered to get the COVID-19 vaccine in New Jersey, but demand far outweighs the supply coming from the federal government. The state recently expanded its vaccine eligibility to include anyone age 65 or older and people with high-risk medical conditions.

Murphy said he has confidence in the Biden administration, but added, "we need the doses."

The state has administered about 500,222 shots — a figure that has doubled during the last nine days. It soon will surpass the state's COVID-19 case total, which is approaching 600,000.

All six vaccination mega-sites are now operational after the last two centers opened Friday in Atlantic City and East Rutherford. The other sites include the Moorestown Mall in Burlington County and Rowan College of South Jersey in Gloucester County.

New Jersey reported 3,694 new confirmed cases Friday, bringing the state's total to 584,291 since the pandemic began. There also were 743 presumed positives stemming from antigen tests. There have been 66,098 positive antigen tests in all.

There were 3,328 patients hospitalized with COVID-19 as of Thursday night. There were 638 patients in intensive care units and 455 on ventilators. Hospitals discharged 456 patients and admitted 401 new COVID-19 patients.