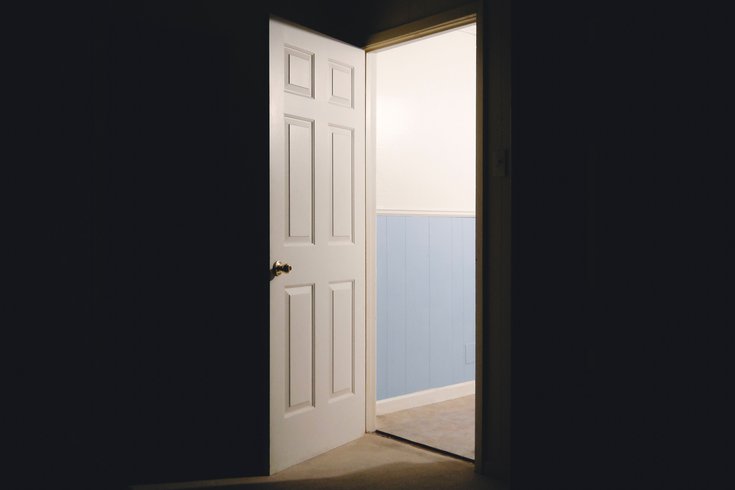 People with anorexia tend to turn their shoulders to the side when walking through doorways that are much wider, German researchers found. Their finding illustrates the way the eating disorder unconsciously affects body image.

How a person walks through a doorway offers insight into the way anorexia changes a person's body image, a new study finds.

People with anorexia extremely restrict both their caloric intake and the kinds of foods they eat. They also tend to have a distorted body image.

Body schema allows people to properly orient themselves in a room so they don't bump into things. The researchers had study participants walk through doorways of different sizes. When walking through much wider doors, people with anorexia tended to turn their shoulders to the side.

The study, published in the International Journal of Eating Disorders, included 23 people with anorexia and a control group of another 23 people. They all were asked to walk through a series of door frames of varying widths. They didn't know that this was the focus of the experiment.

Participants with anorexia also were more likely to express negative feelings about their body in a questionnaire administered by the researchers.

"This shows us that they also unconsciously assess their proportions to be larger than they actually are," said lead author Nina Beckmann.

Body image distortion has been well-studied in anorexia, but not all treatment options specifically address it. Several regions of the brain are involved with body image distortion, neuroimaging research has shown. They including the parietal cortex, which helps create a map of the body.

Though body image distortion in anorexia is persistent, some studies have shown it can be modified with targeted treatment. One study found some success with targeted treatments like hoop training — in which a patient learns to choose and move through a hoop that best fits their body size — and mirror or video feedback.

Beckman and her team say a combination of virtual reality and cognitive behavioral therapy also could help with distorted body schema in anorexia.

Warning signs of anorexia include extreme weight loss, being obsessed with calorie counting, cooking for others but not eating the meal, constantly doing intense workouts to burn off calories, and rarely eating in public. People with anorexia often pull away from family and friends as well.

Anyone who is concerned that a loved one has an eating disorder can help them seek help by calling the National Eating Disorders Association hotline at 1-800-931-2237 or visiting their resources page.