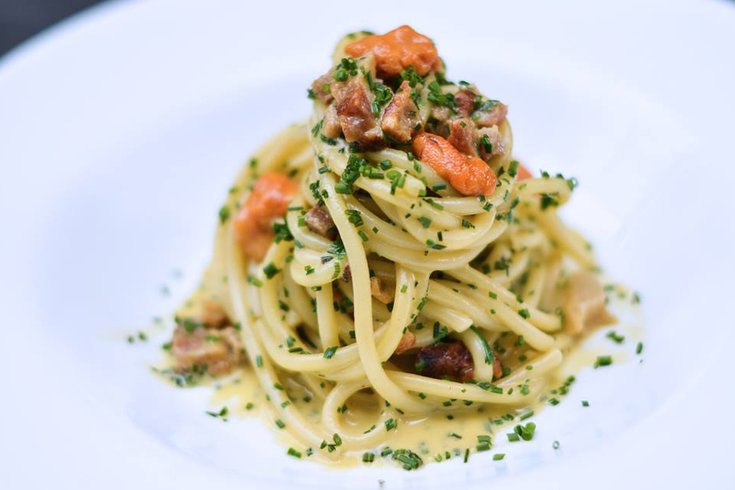 Philadelphia is home to a great many Italian restaurants, and it’s safe to say that Marc Vetri – the culinary force who has introduced concepts such as Pizzeria Vetri and his flagship destination, the almost 20-year-old Vetri Cucina – has had a significant role in shaping the city’s newer Italian destinations.

This was also the case with Osteria, the James Beard Award-winning Italian restaurant opened by Vetri on North Broad Street more than a decade ago. This summer, however, patrons will have to say goodbye for a few months.

Since its opening in 2007, Osteria has garnered praise for its seasonal ingredients, extensive wine list and private dining options. Its acclaimed longtime chef, Jeff Michaud, was a key part in building the restaurant’s reputation.

The restaurant has also seen some significant changes in ownership since it first launched – with perhaps the biggest transformation yet to come. In 2015, Vetri and partner Jeff Benjamin entered a deal with Urban Outfitters, selling the Vetri Family restaurants (including Osteria) to the retailer. Two years later when Vetri parted ways with the company, Osteria remained under the ownership of Urban Outfitters.

That changed recently, however, when Michael Schulson – the restaurateur behind places including Harp & Crown, Double Knot and Sampan – joined forces with Michaud to buy Osteria back from Urban Outfitters. That all went down at the start of 2018.

Now, in light of the recent changes, Schulson announced at a press event Tuesday night that Osteria will close around Memorial Day for three months.

That will afford Schulson and Michaud time to re-do the menu and the restaurant space, Eater reported. A specific re-opening date has not yet been scheduled.