Kenneth Grimes allegedly threatened to kill the woman as she lay on tracks, police say 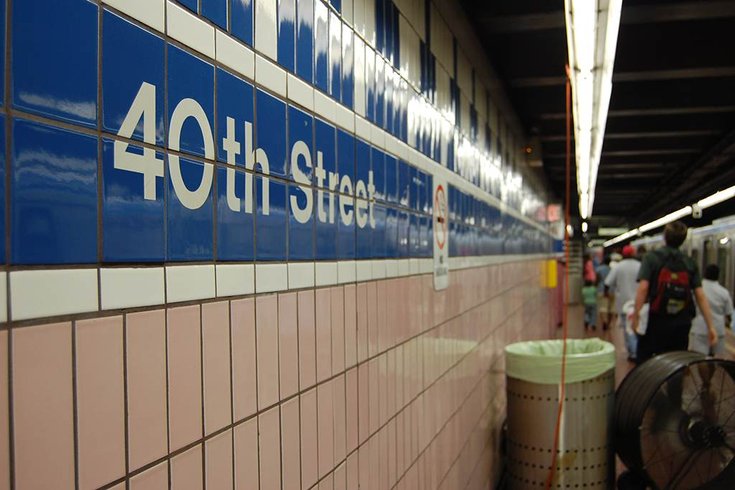 The platform at SEPTA's 40th Street Station on the Market-Frankford Line.

A 27-year-old woman was thrown onto the Market-Frankford Line train tracks Sunday morning while standing on the underground platform at SEPTA's 40th Street Station, CBSPhilly reported.

Kenneth Grimes, 33, of Philadelphia allegedly shoved the woman onto the tracks for no apparent reason, Philadelphia police Lt. John Walker told the television station. The woman missed falling on the electrified third rail, but suffered shoulder injuries. Grimes allegedly then displayed a knife and threatened to kill the woman as she lay on the tracks.

The woman safely made her way back onto the platform, police said, but Grimes boarded the next train. He exited two stops later and ran into 30th Street Station, where he was arrested – but not without allegedly scuffling and spitting on police.

Grimes was charged with aggravated assault, making terroristic threats and related charges. He is being held at Curran-Fromhold Correctional Facility. His bail is listed at 10 percent of $250,000.