When hackers leaked the account information of around 33 million accounts on the adultery website Ashley Madison, journalists and amateur data analysts jumped on the information and immediately began drawing conclusions and looking for famous names.

The scandal will only grow larger now that hackers have released a second batch of data that's twice as large as the first, Motherboard reported. Altogether, around 30 gigabytes of private information will now be available online.

Two websites have already created these pages where you can search for email addresses compromised in the hack. The media has discovered nine phila.gov email addresses in the list. And this one page on dadaviz.com can tell you which cities have the highest number of adulterers, how many accounts have official government email addresses, even which Ivy League schools have the most users registered. (Among the top 25 cities with Ashley Madison accounts, Philadelphia came last.)

A data expert from the University of Pennsylvania, however, has this warning: you can’t trust the Ashley Madison data, and even if you could, it would be wrong to use it. 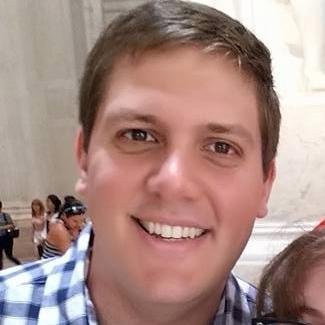 “I haven’t touched the data set at all. People have sent several links to me because I’m known as the data guy, but I’ve refused to touch it because I think it’s completely wrong and unethical,” said Dr. Randal Olson, pictured left.

He argues that those graphs from dadaviz.com, which are already becoming viral memes, are based on flawed data. The emails on the database aren’t verified, so there’s no way to know if they’re real. Anyone could sign up with a .gov email address and pretend to be President Obama himself.

“We don’t have a ground truth, so any statements we’re making are already on a shaky foundation,” said Olson.

Even when the data can be verified, for example by looking at credit card transactions, he said it’s still unethical to use it. No one should have their private information released to the world without their consent, even if they are a cheater.

“I’m just really concerned with the idea of imposing our own morality ... I don’t think we have any rights to peer into other’s personal lives, especially their marriages, and to judge them on what they’re doing,” he said.

But what about if a cheater on Ashley Madison is someone who claimed to be a moral authority?

Gawker found out that conservative reality TV star Josh Duggar paid almost $1,000 to the site while he was Executive Director of the Family Research Council. The FRC has lobbied against same-sex marriage and states that it was founded “to champion marriage and family as the foundation of civilization, the seedbed of virtue, and the wellspring of society.”

Olson believes the same rules of privacy apply even to Duggar.

“Personally I don’t really like the guy for what he’s done … but I still don’t think we should be making exceptions here for particular people. I think this is a general law we should be following, that we should be respecting people’s private life,” he said.

Others, however, have argued that Olson is being naïve. The age of privacy is over. Don’t bother trying to keep secrets, because your data can be accessed anytime by the government, by corporations or by hackers.

Nothing is private on the Internet. I have no sympathy for those exposed on the Ashley Madison site. #ashleymadisonhack

John Herrman wrote on The Awl that this incident is “a powerful reminder of the impossibility of perfect privacy.”

The ethical question about what to do with the Ashley Madison data is not limited to journalists or data experts, as anyone with an Internet account can post a name from the database. Said Mathew Ingram on Fortune.com: “We’re all the media now.”