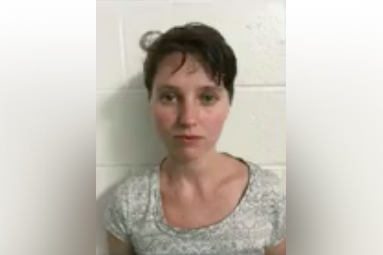 Kayla Parker, 26, of Dayton, Ohio, was extradited to Pennsylvania in connection with the alleged sexual abuse of her daughter to create child pornography with her ex-boyfriend.

A former Delaware County woman now living in Ohio was extradited to Pennsylvania this week on charges that she and her ex-boyfriend sexually abused her three-year-old daughter to create child pornography, state Attorney General Josh Shapiro announced Tuesday.

Kayla Parker, 26, of Dayton, faces felony charges for allegedly assisting her ex-boyfriend, David Carbonero, in the abuse of her daughter about four years ago in Upper Darby.

Parker and Carbonero lived together in Upper Darby at the time, according to prosecutors.

A search warrant executed at Carbonero's home in July allegedly turned up more than 150 images and a few videos showing Parker's daughter either partially or fully nude, authorities said. Some of them also allegedly showed Parker inappropriately touching her daughter.

In an interview with police, detailed in a criminal affidavit, Parker allegedly told investigators she suspected Carbonero sexually abused her daughter behind closed doors. She never reported the abuse to anyone and claimed Carbonero "had her" participate in the abuse during the approximate year they lived together. Another child also lived at the residence at the time.

Parker is charged with sexual abuse and exploitation of children, endangering the welfare of a child and indecent assault, authorities said.

Carbonero, who pointed investigators to Parker in Ohio, was arrested in July and is awaiting trial in Delaware County on child pornography charges.

"This is an egregious case – a mother who preyed upon and sexually abused her own three-year-old daughter,” Attorney General Josh Shapiro said in a statement. “Strong law enforcement collaboration between my office and Attorney General DeWine’s office led to her arrest and she will face charges in our Commonwealth. My office will hold this woman – and anyone we find abusing children in Pennsylvania – accountable for their crimes.”

Bail for Parker was set Monday at 10 percent of $1 million ahead of a preliminary hearing on October 26.