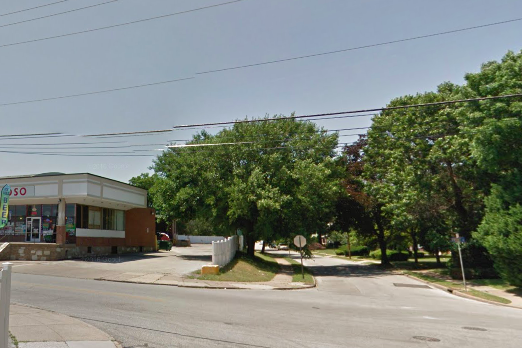 Intersection of Dewey Road and Front Street in the Melrose Park section of Cheltenham Township.

A Philadelphia man was fatally shot during a traffic dispute in Cheltenham Township on Monday night and police are searching for the suspected gunman, according to prosecutors.

Authorities said the incident occurred around 9:30 p.m. in the Melrose Park section of Cheltenham.

Police responded to a report of gunshots in the area of Dewey Road and Front Street. Officers located a man suffering from multiple gunshot wounds lying in the roadway.

The victim, identified as Rithina Torn, 29, of Philadelphia, was transported to Einstein Medical Center where he was later pronounced dead. An autopsy is scheduled for Tuesday at the Philadelphia Medical Examiner's Office.

A preliminary investigation revealed the shooting occurred during a traffic dispute. Torn approached a dark-colored vehicle that had stopped at the intersection, according to prosecutors. The driver the of the stopped vehicle allegedly opened fire on Torn.

Detectives are gathering surveillance footage from the area and conducting witness interviews.