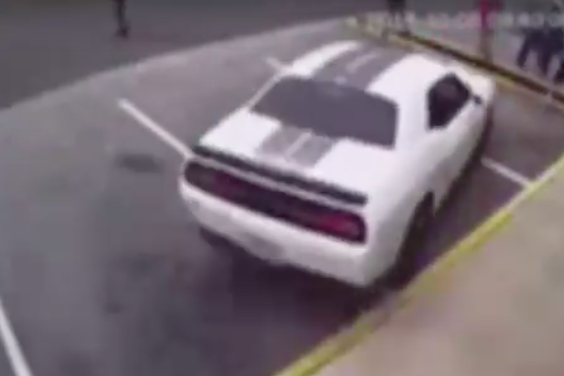 Philadelphia police are searching for the driver of a car who slammed into a man in the parking lot of the Dunkin' Donuts at 9173 Roosevelt Boulevard on Oct. 6, 2018.

A Northeast Philadelphia man who suffered severe injuries in a hit-and-run incident last weekend says he was afraid last Saturday morning would be his last day on earth.

Philadelphia police are searching for the woman behind the wheel who barreled into the man in a video captured by a surveillance camera.

In an interview with NBC10 on Thursday night, Vince McCreery spoke from the hospital about his harrowing experience in the parking lot.

"I thought that she was going to kill me and do me in," McCreery said. "I have no control over someone like that, you know? And that's scary."

Investigators say the incident stemmed from an argument in the parking lot of the restaurant on Roosevelt Boulevard. McCreery told NBC10 he was was standing outside with a group of friends when the suspect, described as a black woman between 35-40 years old, shouldered her way through the group.

The suspect's white car was recovered by police later, but she remains at large.

McCreery did not explain the details of the argument that took place with the woman. He said he was suddenly struck by the car from across a median, then thrown from the hood when the driver slammed the brakes.

"And then in front of her car, I fall and lie on the ground, roll all over on my face and I land on my stomach," McCreery said. "And then she peels off again and just rides right over me."

McCreery was treated for injuries from the bottom to the top of his back. He also suffered facial injuries and a broken arm.

Police said the suspect is between 5 feet 7 inches and 5 feet 9 inches tall and weighs about 200-215 pounds. She has a blond crewcut.

The woman is wanted on charges of aggravated assault and related offenses. Anyone with information about this incident or the suspect can contact Northeast Detectives at (215) 686-3153.