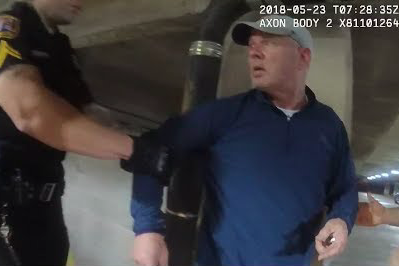 Former MLB star Lenny Dykstra was arrested in May 2018 following a dispute with an Uber driver.

A New Jersey grand jury indicted former Phillies outfielder Lenny Dykstra on drug possession and threat charges Tuesday, stemming from his arrest in Linden Township this past May.

Dykstra faces charges for cocaine and methamphetamine possession, and making terroristic threats, according to the Associated Press.

In May, Dykstra was arrested when he allegedly threatened a New Jersey Uber driver with a gun while he had multiple drugs on his person.

The Uber driver told police Dykstra allegedly pulled a gun on the driver and threatened to kill him because the driver had refused to change the destination of Dykstra’s ride.

Dykstra has a noteworthy past. He served more than six months in prison in 2012 after filing for bankruptcy and then looting and selling $18 million worth of valuables from his own California mansion.

The Associated Press reports Dykstra now faces an arraignment on a date yet to be determined.

Dykstra was traded to the Phillies in 1989, and played for the team until he retired in 1996.