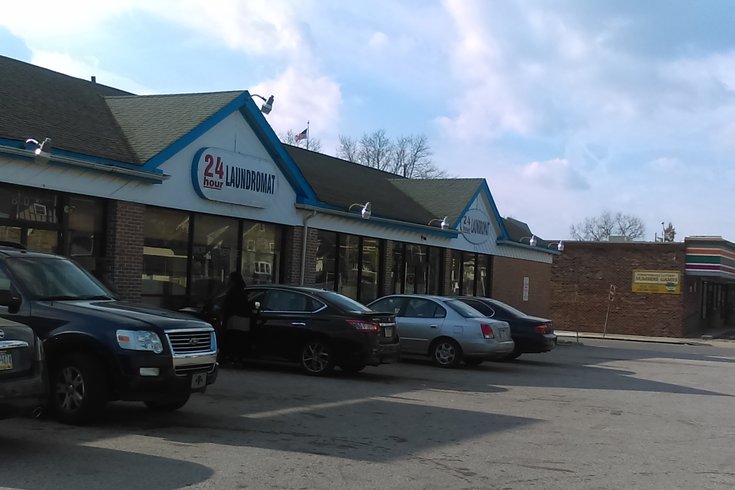 "He pointed the gun at the employee, demanding money," Chitwood said. "When she says she doesn't have any, he demands she take her clothes off. She again refuses and he points the gun at her head. He hit her on top of the head with the gun.”

During the struggle, the victim grabbed the 9 mm gun and it fired, shooting the suspect in the arm.

Daquan Raheem Brooks, 23, of Wilmington, Delaware, suffered a serious wound to the elbow and was transported Lankenau Hospital Trauma Unit where he remains, under guard, in serious condition.

Naou Mor Khantha, 35, of Upper Darby, a Laos native, shared the story of the life-threatening ordeal during a press conference at police headquarters Thursday morning.

The single mother of three teenage daughters said she has never held or fired a gun and has no intention of returning to the workplace where she had been employed for 10 years.

Khantha, who recalled seeing the suspect in the laundromat a week prior, remembered Brooks leaning against a washing machine when she was headed into the room that serves as the utility closet and employee bathroom to fill the mop bucket with water.

On Wednesday, Brooks allegedly followed the victim into the closet demanding money and for her to take her clothes off.

“I was scared,” Khantha said. “I was in fear. I had to do what I had to do. I had to arm wrestle to save my life. When he asked me to strip (at gunpoint) I thought he would either kill me or I’d be dead afterwards. I had it in my head to take my chances, grab the gun and try to get out. I had to take the gun away or he would shoot me. I would either live or die. All I had in my mind was to unlock the door and get out.”

While trying to wrestle the gun out of his hand the weapon discharged. She remembered him saying, ‘Ouch, Ouch’ and I just pushed him away.”

Khantha fled out the rear door with the gun to the nearby 7-Eleven convenience store to call 911.

Brooks exited by the same rear door but headed towards Bradford Road where a resident answered his cries for help and applied a towel to the gunshot wound before police arrived.

“This woman has been working 10 years and this bum comes in and wants to rape her, rob her and who knows what else,” Chitwood said. “The courage she displayed is commendable. She’s a true victim. She fought for her life and she won.”

Brooks was positively identified at the scene by the victim and is facing charges of criminal attempt robbery, aggravated assault and weapon’s offenses.

When interviewed at the hospital by detectives, Brooks allegedly admitted going into the laundromat to commit a robbery and claimed his brother left him there.

Chitwood says police have not been able to locate the defendant’s brother but that the incident remains under investigation.