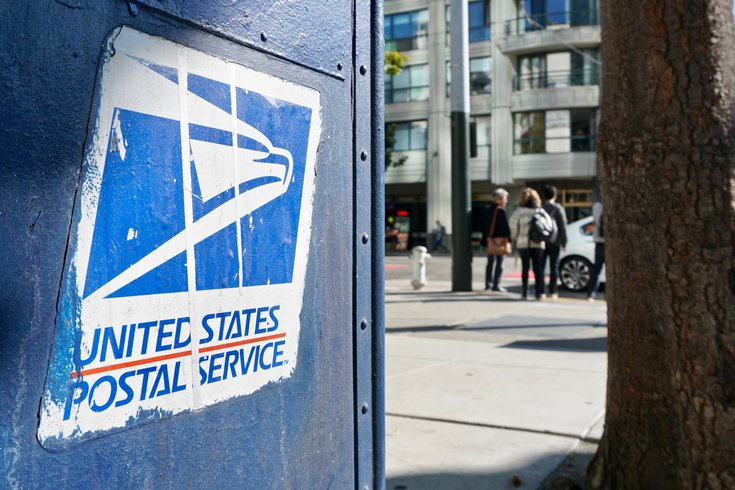 Naod Tsegay, of Collingdale, Delaware County, and Fode Bangoura and Zyier Williams, both of Philadelphia, face federal charges for allegedly washing and altering checks stolen from USPS collection boxes in the Philly area.

Victims told investigators that they placed their checks in the blue collection boxes near their homes between March and June of 2021, but the checks never reached their intended recipients.

"The United States Postal Service provides an essential service to nearly every citizen, often conveying income, bills and expenses which are the basis of many livelihoods," Romero said. "If you choose to tamper with or steal U.S. mail for any reason, you can be assured that the federal government will conduct an intensive investigation and aggressive prosecution as we intend to in this case."

Tsegay allegedly was found in possession of dozens of stolen checks and money orders, and two arrow keys, which are used by postal workers to unlock the blue collection boxes.

The United States Postal Inspection service also took part in the investigation. The agency investigates crimes that impact the mail or customers of the postal service.

"One of its original missions however, was to investigate the theft of mail," said Damon Wood, inspector in charge of the Philadelphia Division. "When folks use the mail to pay bills, send birthday cards, send business documents, or simply hope to receive a new pair of shoes that were ordered online, they should do so without fear that those items might be stolen."

In December, the USPS issued a warning regarding a nationwide spike in mail theft. Though many people were stealing from mailboxes, USPS also found an uptick in armed robberies of postal workers seeking to gain access to their master keys. In Philadelphia, USPS officials sought to change the locks on every blue mailbox in the city to keep people's mail and checks safe.

In the past, thieves would attach glue traps to the end of a string to pull envelopes out of mailboxes. But they also began stealing postal workers' keys to access the collection boxes easier.

In March, police in Tredyffrin Township, Chester County warned residents to avoid putting checks in USPS mailboxes after a "massive" mail fraud ring allegedly stole more than $1 million worth of checks from mailboxes.