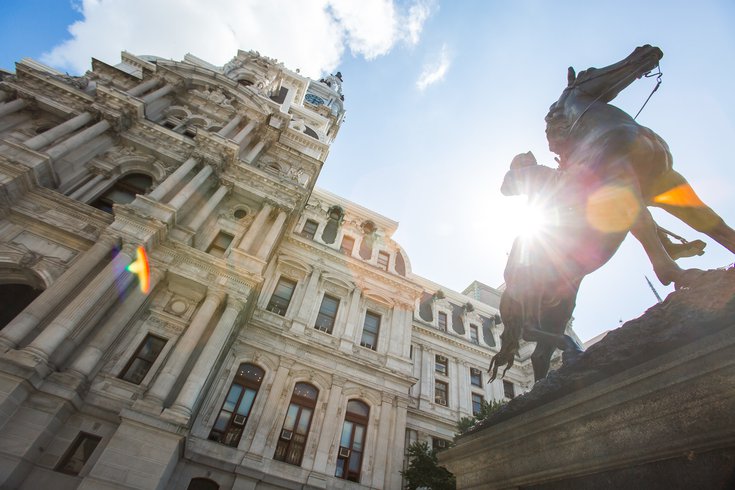 Raheem Manning, the former co-chair of the city's Arts and Culture Task Force, has been named as Philadelphia's first nighttime economy director. He is tasked with building a strategic plan to turn Philly into a 24-hour destination for culture, tourism, and hospitality.

Manning, who previously co-chaired the city's Arts and Culture Task Force for two years, has a background in business development and has worked to enhance the city's nightlife and culture sectors. In his new role, he will create a plan to support the city's attraction and retention of companies within its nighttime economy.

"I have visited over 200 cities around the world and many have Night Time Directors that are convening public and private stakeholders to establish a night time governance plan," Manning said. "As we emerge from the pandemic, I am excited to contribute to these efforts in my hometown of Philadelphia for our city to be a welcoming and globally competitive hub for art, culture, and nightlife."

Originally from Wynnefield, Manning attended Overbrook High School before leaving the city in 2007 to pursue a bachelor's degree from Clark Atlanta University in Georgia. He returned to Philadelphia years later to attend Thomas Jefferson University, where he earned a Master's in Business Administration.

He founded The Weekender Trips in 2015 to provide customized travel experiences for young professionals before beginning his tenure with city government.

Manning's hope is to make Philadelphia a travel destination 24-hours a day, modernizing along with several other major cities around the world with government positions dedicated to nightlife and late-night hospitality. Other cities with similar positions include New York, Pittsburgh, and Washington, D.C., the Inquirer reported.

"Raheem's background and experience are well-suited to lead strategies that promote Philadelphia as a 24-hour city that is a dynamic driver of tourism, hospitality, world-class arts, and cultural assets," said Anne Nadol, the city's commerce director. "I am confident that Raheem is the right person to convene ecosystem partnerships for the night-time economy that will make it easier to operate a successful business in Philadelphia while enhancing our city as a thriving, diverse destination for all."

I am here to listen 👂🏾 https://t.co/lQbYqaXasU

The announcement was made on Thursday, just as the Sixers announced their proposal to leave the Wells Fargo Center at the end of their contract and build a new arena in Center City to replace major portions of the Fashion District, which completed construction in 2021. The proposal, which does not include any public funding, was met with mixed reactions from city residents and Sixers fans from all over the region.

Whether or not the Center City sports arena comes to fruition by 2031, the city has been seeking to invest in tourism while also amping up security in order to keep people safe.

In June, three people were killed and several others were injured in a mass shooting on South Street. The area is one of the most popular nightlife destinations in the city, with several music venues, clubs, and restaurants open late.

In addition to promoting nightlife throughout the city, Manning will meet with police officers and SEPTA officials to ensure that Philadelphia can withstand an enhancement of nightlife tourism.

Following violent incidents on South Street and on the Benjamin Franklin Parkway on the Fourth of July, several community events were cancelled in communities throughout Philadelphia, WHYY reported.

"Our city needs someone to think about life after 5 p.m., to think about businesses after 5, safety, inclusion, and to innovate how we approach some of the problems that cities deal with (as an) afterthought," Manning told Axios.

Manning's first step will be to reach out to businesses focused on evening hours and see what the city can do to support them, KYW reported. He anticipates that safety will be a big issue, as the city grapples with its growing homicide rate.

Earlier this summer, Mayor Jim Kenney implemented a new summer curfew for minors in an effort to deter them from violence. Those who violate curfew will be sent to one of two community centers in the city until a parent or guardian and pick them up.

Though Manning's position will not be exclusive to Center City, a recent report by the Center City District has found that the city's arts and culture sector was one of the industries most heavily impacted by the pandemic.

Though culture and hospitality is continuing to recover, employment and involvement in the industry fell by 49% in 2020, though 80% of those lost jobs have been recovered as the city fully reopens and plans large-scale events.