The president likely has the highly contagious BA.5 variant of the omicron strain, which meant he couldn't visit Philadelphia and Wilkes-Barre on Thursday 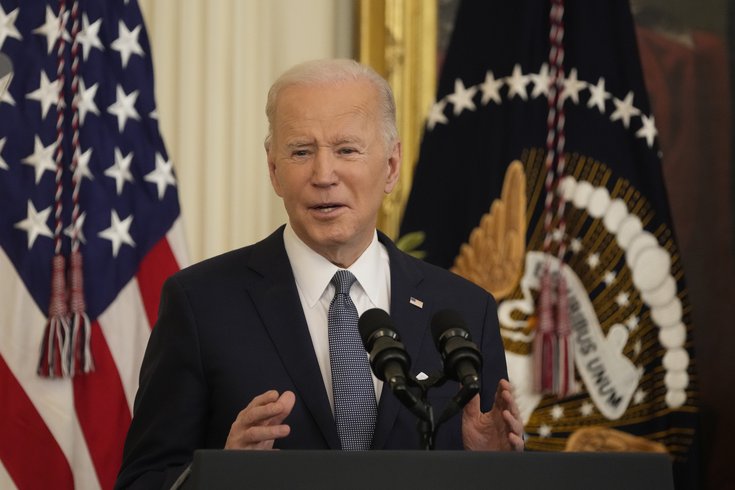 President Joe Biden has likely contracted the highly contagious BA.5 variant of the omicron strain of COVID-19, which meant he had to cancel planned visits to Philadelphia and Wilkes-Barre on Thursday.

President Joe Biden has contracted a highly contagious new strain of COVID-19 which forced him to cancel his trip to Philadelphia and Wilkes-Barre earlier this week.

He likely has the BA.5 variant of the omicron strain, which has spread around the country rapidly in recent weeks, a White House release from his doctor Kevin O'Connor says.

Some of the president's symptoms, like his cough and runny nose, have improved. But Saturday's release also mentions a sore throat and body aches, symptoms that weren't included in the doctor's initial notes, the AP reported.

Biden first tested positive on Thursday. O'Connor said he is on his second full day of Paxlovid, an antiviral therapy used to lessen the symptoms of COVID-19. His vital signs have been normal.

The White House said Biden's symptoms have been mild because of that treatment and the fact that he's received four doses of the COVID-19 vaccine.

Although he's been isolating at the White House since Thursday, the president hasn't stopped working. He attended a virtual meeting with economic advisors on Friday, where he noted that his voice was very hoarse.

“I feel much better than I sound," he said.

Biden was supposed to visit Pennsylvania on the day he tested positive and then take a weekend trip to his beach house in Delaware.

He was scheduled to attend a fundraiser for the Democratic National Committee in Philadelphia and to celebrate the passage of the "Bipartisan Safer Communities Act" in Wilkes-Barre.

The gun reform and mental health bill, which was passed into law by the U.S. Senate last month, will include billions of dollars for enhanced background checks for firearm buyers younger than 21, money for school safety improvements and investments in family and youth mental health services.

The bill was also supported by Pennsylvania Sen. Pat Toomey.

“This bipartisan gun safety bill protects the Second Amendment rights of law-abiding citizens while taking steps to make our communities safer," he said in a release last month.