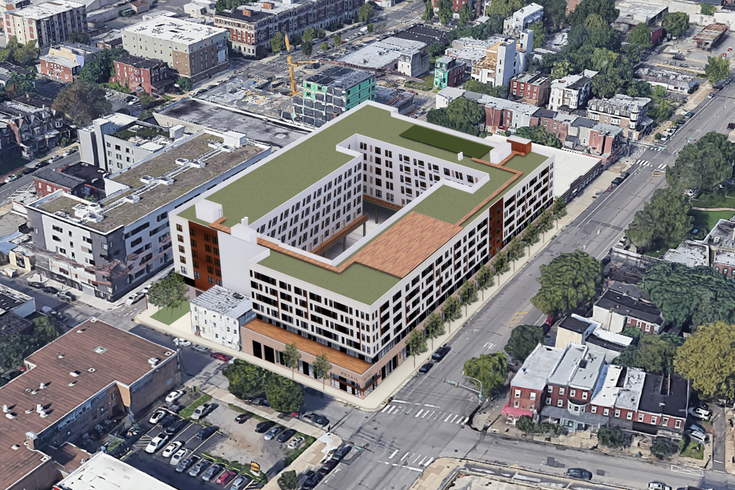 A proposal at the southwest corner of 42nd and Market streets in West Philadelphia would bring 352 apartments and ground-floor retail stores to a growing area just west of University City.

The mixed-use project, a partnership between Alterra Property Group and JKRP Architects, will be reviewed Aug. 2 by the city's Civic Design Review board. The proposed six-story building includes 22,511 square feet of retail space and 110 parking spaces, along with a green roof and other amenities, according to the CDR presentation packet.

The consolidated lot at 4200 Market St. currently contains a parking lot, Social Security building and construction supply company. It sits in a neighborhood that projects to see continued population growth, creating a stronger demand for housing, as the Schuylkill Yards development and other projects take shape in University City. 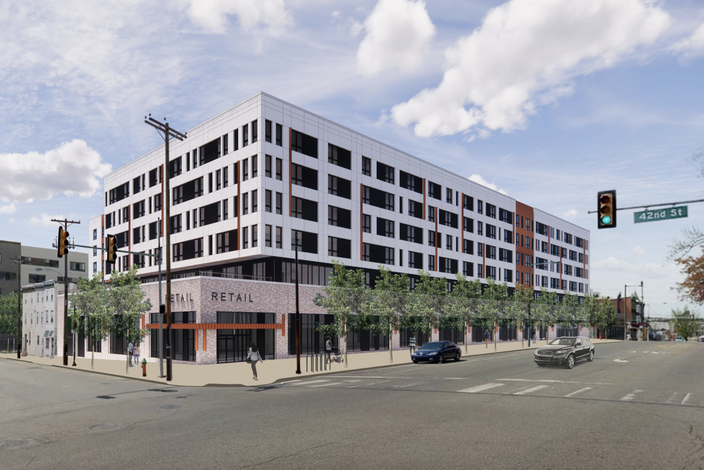 The mixed-use project is proposed at the southwest corner of 42nd and Market streets.

At the northwest corner of the intersection, New York-based Silverstein Properties and Cantor Fitzgerald have partnered with University Place Associates on plans for a 250,000-square-foot lab and office building at 4101 Market St.

Affordable housing advocates have pushed back against the expansion of luxury and market-rate development projects deeper into West Philadelphia, where long-time residents historically have been displaced by student housing and the growth of the universities. Their risk of displacement is expected to increase in many parts of West Philadelphia in the wake of the COVID-19 pandemic.

An encampment protest at the University City Townhomes, at 3990 Market St., has challenged plans by developer IBID Associates to sell its 70-unit complex instead of renewing its contract with the U.S. Department of Housing and Urban Development to provide affordable housing to long-term tenants.

The developer is also behind a large residential project taking shape at Broad and Spring Garden streets in North Philadelphia, where 410 units will come to a mixed-use, nine-story tower. A Giant supermarket opened as the anchor tenant last month.