The property's owner, IBID Associates, said the protest is ill-advised and that occupying the private space is illegal 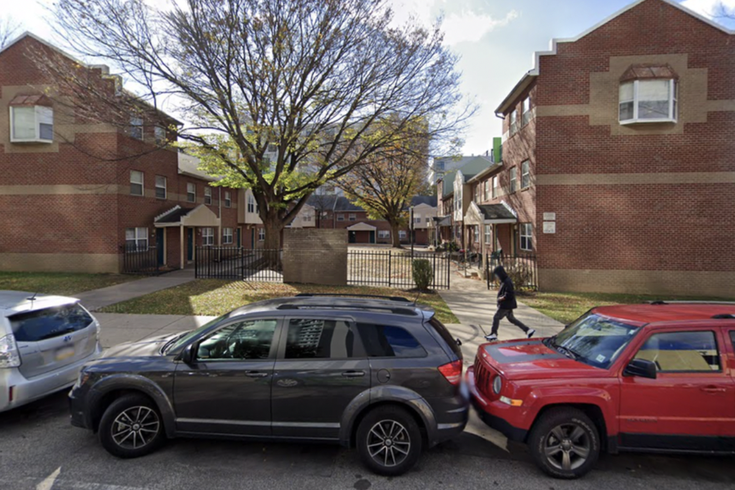 University City Townhomes residents and fair housing advocates set up an encampment to fight for access to affordable housing as tenants are forced to leave their units.

Rasheda Alexander has lived in the University City Townhomes in West Philadelphia since 2008. However, her impact has a had more lasting effect than the 14 years she's called the affordable housing units home.

Alexander has become a council to her fellow residents, advocating for the changes that they need and helping them facilitate their move, but she never wanted to assume that role.

"I never desired to be tenant rep," Alexander said. "I went from passing out water to actually advocating for the residents because of mistreatment."

Last weekend, several activists set up an encampment with tents and chairs and brought along coolers to position in the grass between 40th and Market streets, where the 70-unit complex stands. They were joined by residents of the townhomes, who are fighting for better accommodations and assistance as they prepare to be forced out of their homes.

Right now @saveuctownhomes is fighting to stop the sale of the UC Townhomes in Philadelphia and the mass eviction of the families living there.

The building has housed 70+ families for almost 40 years and is on the front lines of a larger anti-gentrification fight in Philly. pic.twitter.com/oWzt0y0VP9

Last summer, IBID Associates – the longstanding owner of UC Townhomes – decided it would not be renewing its contract with the U.S. Department of Housing and Urban Development to provide affordable housing.

Since 1983, the townhomes have provided affordable housing to primarily Black residents in West Philadelphia. Now, after nearly 40 years, families who had lived there for decades will be uprooted.

The site of the townhomes may be knocked down once the development is sold, forcing out residents who have lived in the neighborhood for generations.

City Councilmember Jamie Gauthier, who represents the Third District, where the housing complex is located, sponsored legislation in March that would provide a temporary moratorium on the eviction. She also added zoning efforts that would require any units built within the district to allocate 20% of the redevelopment units toward affordable housing.

That does little to help residents who now have to move without a real option. Residents living in the UC Townhomes were supposed to find new places by July 8, but they were given more time and now have until Sept. 7 because the HUD contract was temporarily extended.

The residents have been told they will receive vouchers to relocate to new homes, but that has been hard to do for many of them.

Alexander said there is no housing provided due to a shortage across the city, and renters have had trouble finding affordable options. She added that the Philadelphia Housing Authority also has a backlogged waiting list for subsidized housing that is 40,000 people long.

In March, PHA was offering landlords money to accept tenants using vouchers because of the high demand for rental agreements and the reluctance of property owners to accept federal assistance.

Organizers with Save the UC Townhomes Coalition said vouchers are not the best options, even if families can find cooperating landlords. The vouchers don't account for inflation in rent prices, and many people are becoming forced to downsize their living. For example, families with multiple children of the same gender are forced to make the children share rooms.

Not everyone in the housing complex has received a voucher – if they have, it only provides 60 days to find a new place to stay. They can apply for extensions, but that is an entire process in itself.

Although Alexander was able to secure a new place to live, fighting for those struggling is essential to her.

"I'm in a different space than many other residents, but the way they went about evicting everyone and the lack of resources they provided, the things that they say they're providing, they're not providing for real," Alexander said.

She said the communication between prospective buyer Daniel Killinger, of National Real Estate Advisors, and the current owners has been frustrating. They have exhausted every avenue, even going to the corporate office of Killinger and Brett Altman, IBID's President. They also held protests in May. Still, they have not been able to meet with the people who hold the fates of 70 families in their hands, so the encampment was a last resort.

IBID called the encampment ill-advised, stating that while it respects the freedom of residents to voice their grievances, occupying the space is illegal.

Encampment organizers maintain they will not be moving as they continue to fight for affordable housing.

"I know one thing for certain. This is going to get a lot bigger," Alexander said. "Because it's not just a Philadelphia thing. This is something that's happening all over the United States. The gentrifying of the urban communities is at an all-time high, and because it's national, I really feel like it's going to get bigger."