FYI, you're never too old to get measles (or the vaccine) 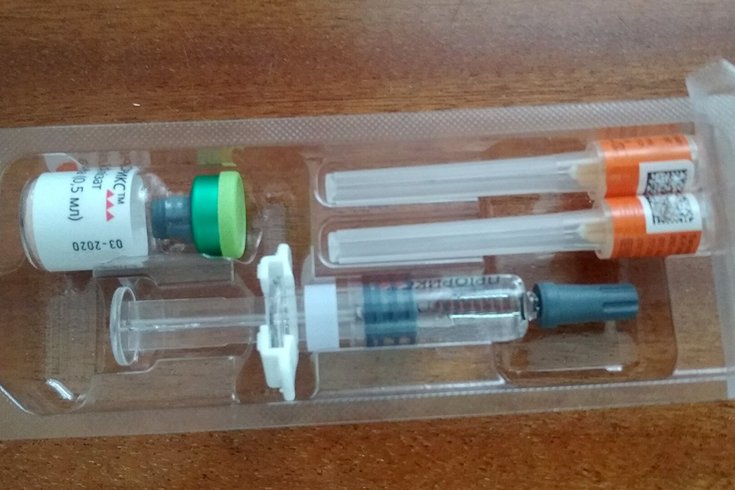 A commercial vaccine for the prevention of measles, epidemic mumps and rubella.

From January 1 to March 14 of this year, 268 cases of measles have been confirmed in 15 states, according to the Centers for Disease Control and Prevention.

While the contagious, and sometimes fatal, disease was considered to be eradicated – a vaccine was invented in 1963 – unvaccinated travelers (Americans or foreign visitors) can get measles in other countries and bring the disease into the United States, spreading to the unprotected and sometimes leading to outbreaks, according to the CDC.

Most people have had the measles vaccine, but Men’s Health pointed out:

"One group that has recently generated public attention are the people who were deliberately not immunized as children because of misplaced parental concerns over the safety or effectiveness of the vaccine. Those who are now becoming adults – and those who are already adults – have the opportunity to make up their own minds about whether to get themselves vaccinated."

RELATED READ: Mumps cases at Temple up to 49; vaccination required

It’s important to remember that measles could become endemic (constant presence of a disease in an area) in the United States again, especially if vaccinations decrease, according to the CDC. But it’s also worth noting that it is possible to fully eradicate the disease worldwide.

For those who missed the measles-mumps-rubella vaccine (MMR) as a child, or aren't certain if they received it, you can and should be vaccinated as an adult. Of those who did get the vaccine as child, some may need a booster shot.

Primarily, three pools of people may want to contemplate a supplementary vaccine, according to Men’s Health:

• People planning to travel to a place with ongoing measles outbreaks

The CDC recommends that adults born after 1956 get at least one dose of the vaccine, unless they can show they have either been vaccinated or had all three diseases that the MMR vaccine protects against. Those born before 1957 are assumed to have had measles, which confers lifelong immunity, Live Science reports.

Children should get two doses of the vaccine: the first one at 12 to 15 months of age, and the second one between four and six years of age. The second dose can be given earlier, as long as it is at least 28 days after the first dose. More than 95 percent of people who receive a single dose of MMR will develop immunity to all three viruses, according to the CDC.

You can find where to get vaccinated near you here.