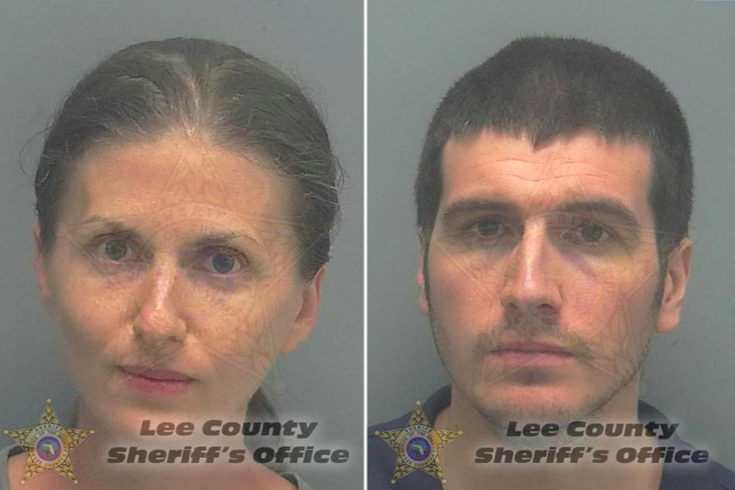 Sheila O'Leary, 35, and Sean O'Leary, 30, have been charged in the death of their 18-month-old son. The vegan couple had two other children who were removed from the property due to extreme malnourishment, police said.

A Florida couple is facing criminal charges after their youngest son died of malnutrition in September.

Cape Coral police responded to the couple's home on Sept. 27 after Sheila O'Leary, 35, called 911 to report that her 18-month-old son was not breathing.

The boy weighted 17 pounds and was pronounced dead at the scene.

Two other children, ages 3 and 5, were removed from the home by the Department of Child and Family Services due to extreme malnourishment, Cape Coral police said.

A probable cause statement obtained by the Fort Meyers News-Press said that O'Leary and her husband, Ryan, exclusively ate fruits and vegetables and that their children's diet consisted primarily of mangoes, rambutans, bananas and avocados — an extreme regimen deficient in protein and other nutrients necessary to maintain a healthy vegan diet, particularly for growing children.

Sheila O'Leary reportedly told police her son hadn't eaten in a week and was only breastfeeding. Her attorney, John Musca, said the boy had been struggling with illness for six months and was having difficulty eating. He was showing signs of improvement, but the couple faced a setback when the boy began teething.

In the early morning hours before the boy's death, O'Leary told police she breastfed the boy and observed his shallow breathing, but fell asleep with him around 4 a.m. When she awoke, he was cold and his breath had stopped.

The medical examiner ruled that the child died due to complications of malnutrition and dehydration, which affected his liver and caused swelling of the his hands, feet and lower legs, police said.

After the ruling, the couple turned themselves in to authorities on Nov. 6. They were each charged with aggravated manslaughter and child neglect offenses.

The two other children in the home appeared to be sick and required medical attention, police said. A fourth child of Sheila O'Leary from a previous relationship was in good health, which investigators tied to the girl splitting time with her father in another state.

Sheila O'Leary's attorney said one of the investigating officers described the case as a "tough one." Musca added that the alleged malnutrition of the other children was false, claiming the entire family is "small in stature" but healthy. He said O'Leary was a "nurturing parent and a devout Christian."