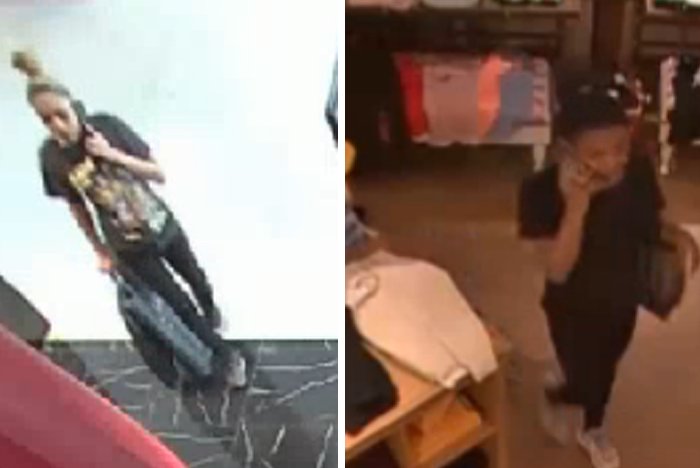 The two women suspected of stealing 2,000 pairs of underwear from a Victoria's Secret in a Pennsylvania mall.

Two women allegedly stole nearly 2,000 pairs of underwear in two minutes over the weekend at a Victoria’s Secret in a central Pennsylvania mall.

The two suspects entered the store in the Harrisburg-area Capital City Mall while employees were busy helping customers, according to the Lower Allen Township Police Department.

The women allegedly took every pair of underwear from the store’s front display, along with the pairs in drawers beneath the display, between 3:03 p.m. and 3:05 p.m., placing the underwear into bags they’d brought with them.

Altogether, the store and police estimate the value of stolen underwear at roughly $21,000.

Both women had cell phones to their ears, according to security camera footage, and are believed to have worked together, police said.

It's been an odd week for thefts in Pennsylvania. Two days before the alleged underwear theft, and less than 100 miles away, a lion statue heist near West Chester University ended with an apology note and a bouquet of flowers.