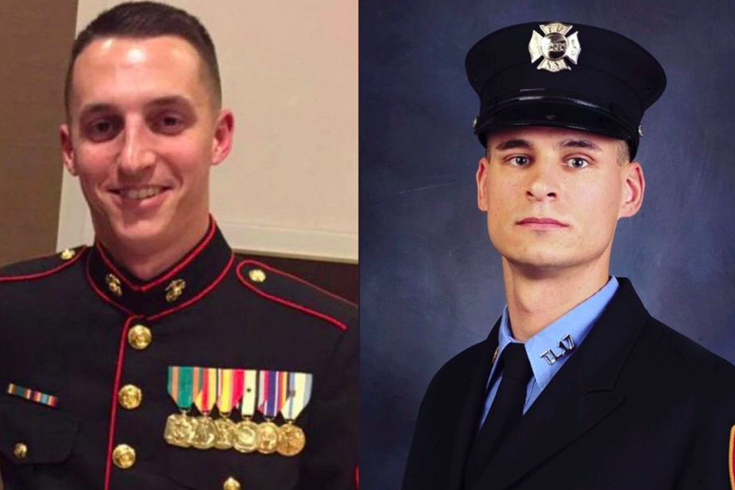 Two U.S. Marines from the region were killed last month in a roadside bombing in Afghanistan, military officials revealed Wednesday.

Hines was a graduate of Dallastown Area High School, where he played football for the Wildcats through his senior year in 2005.

Slutman was a 15-year veteran of the New York City Fire Department and a married father of three daughters. His parents resident in Lower Windsor Township in York County, according to the York Daily Record.

The Taliban, who control nearly half the country, took responsibility for the roadside bombing of the American convoy near the Bagram Airfield. Three other Marines were injured in the attack.

Seventeen years into the U.S. intervention in Afghanistan, about 14,000 American troops are still stationed there to support the Afghan government against both an Islamic State affiliate and the Taliban, who refuse to meet with the U.S.-supported regime in Kabul.

Military officials said an Afghan contractor supporting the convoy was initially reported dead but survived the attack and is receiving treatment at the base.