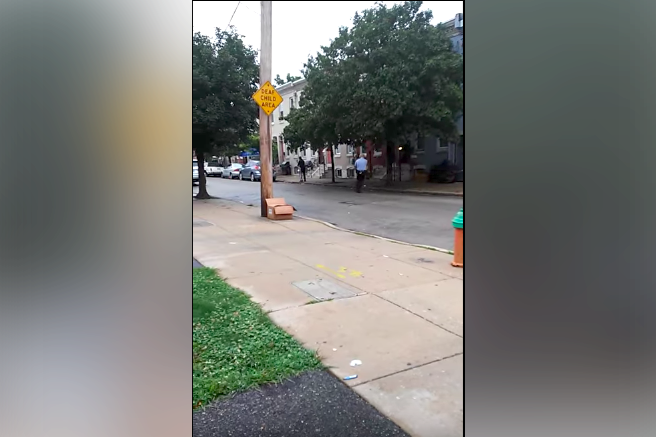 This screenshot is of a video that shows a police standoff with an armed carjacking suspect in North Philly. Officers shot and injured the suspect after he failed to obey commands to drop his gun, police said.

An online video shows an intense police standoff that ended with officers shooting and injuring an armed suspect on a North Philadelphia street Monday evening.

Police confirmed the video, published to YouTube, shows the situation that played out on the 2200 block of North Fairhill Street around 4:43 p.m., involving a man armed with a handgun who was suspected of trying to break into a car.

In the video, police officers can be heard telling Jose Gonzales, 30, of Camden, to drop his gun several times. As the standoff moves toward the sidewalk, officers tell Gonzales to drop the weapon again, before shots ring out and the suspect falls to the ground.

After Gonzales hits the ground, officers yet again yell for him to drop the weapon as they move in to apprehend him. You can watch the video below (Disclaimer: Below video contains graphic and potentially disturbing content).

According to police, officers had been called to North Fairhill Street for a report of a man with a gun. When they arrived, Gonzales allegedly was trying to break into a 2004 Chevrolet Monte Carlo.

Officers Michael Fischbach and Anthony Hurley, both of the 26th District, fired at Gonzales. Fischbach, a five-year veteran, shot eight times while Hurley, an 11-year-veteran, shot five times, hitting Gonzales in the torso and legs, police said. Gonzales was taken to Temple University Hospital where he was last listed in critical condition. 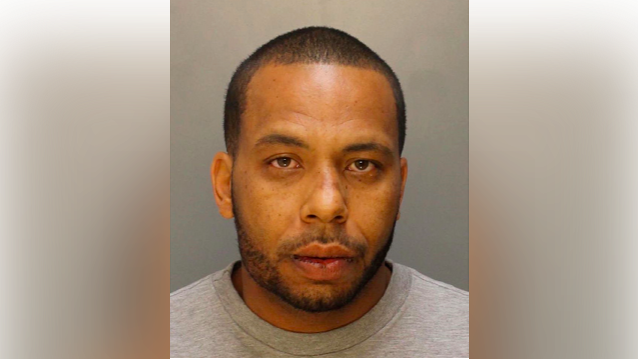 Investigators said Gonzales' gun had been loaded with eight rounds and had one fired cartridge casing in the chamber when it was collected at the scene. A second gun also was found nearby.


According to authorities, the car Gonzales was trying to break into had been reported stolen at gunpoint around 2 p.m. Monday in Camden County, earlier on the same day as the standoff with Philadelphia police.

Police said Thursday they were aware of the video, but would not comment any further than the information they already provided on the shooting.