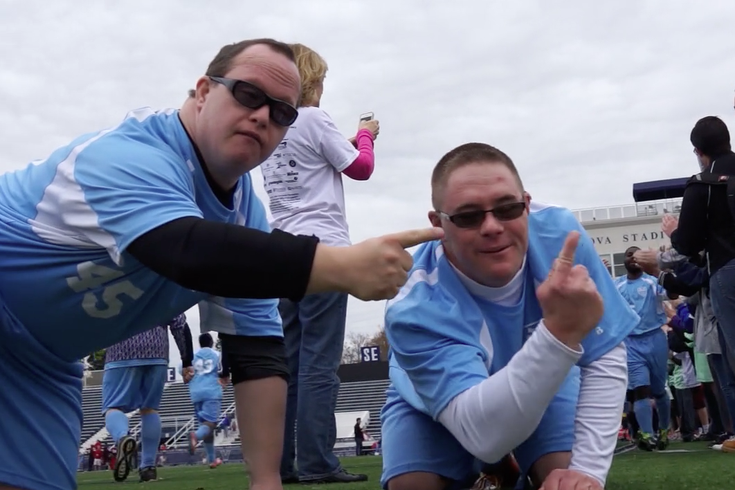 A new documentary, filmed by Villanova students, tells the stories of a pair of Delaware County soccer teams as they compete in the Special Olympics.

A new documentary highlights the challenges soccer players with intellectual disabilities faced – as athletes and individuals – as they pursued the gold medal at the Villanova Fall Festival, one of the largest Special Olympics competitions in the United States.

The short film, "Gold Mettle," showcases a pair of Delaware County soccer teams. It was filmed by 10 Villanova University students who followed Delco's 11-on-11 and 7-on-7 Special Olympics soccer teams for 15 weeks.

A public screening of the film will be held at 9 p.m. Friday at Villanova's Connelly Center. A trailer for the documentary was released Monday by the university's Social Justice Documentary Film Class.

The trailer highlights one athlete who said she was not expected to walk. But as she describes her perceived limitations, the trailer cuts to a scene of her kicking a soccer ball.

"They told my parents that I wouldn't be able to walk when I was little and that I couldn't do sports and stuff," the woman says. "Just because they said that doesn't mean I won't be able to do those kinds of things, just because I have a disability."

Student Director Nick Carney said the filmmakers hoped to depict the athletes as "people with spectacular abilities that only need to be unleashed."

"We hope that by opening themselves up to us, their stories will reveal to the world the impact these individuals can have on our lives if they are given the opportunity," Carney said in a statement.