The accident involved a speeding driver who crossed into oncoming traffic, investigators said. 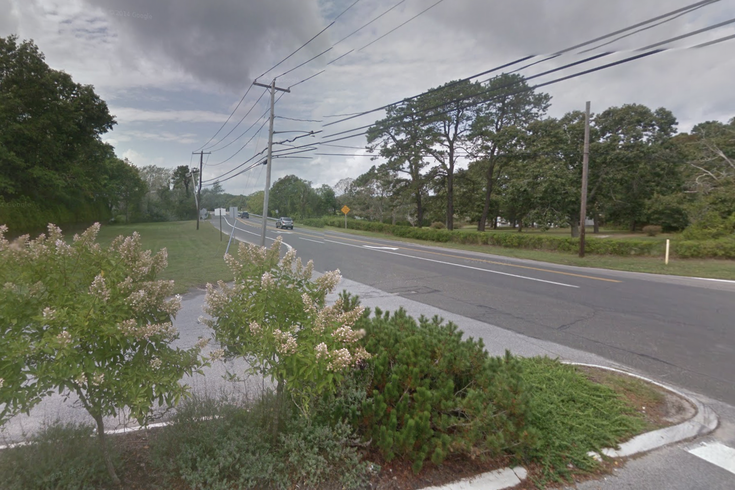 Five people were killed in a car crash that occurred near the intersection of Montauk Highway and Quogue Street on Long Island, N.Y. on July 24, 2021.

Two brothers, a junior at Villanova University and a recent graduate of the University of Pennsylvania, were among five people killed in a crash Saturday while riding an Uber on Long Island.

The accident happened around 11:20 p.m. on Montauk Highway in Quogue Village, where investigators say the driver of a Nissan Maxima veered into oncoming traffic and collided with a Toyota Prius carrying Uber passengers.

Four victims in the Uber were killed in the crash, including Villanova business school student Michael Farrell, 20, and his older brother, former Penn Lacrosse captain James Farrell, 25. The driver of the Uber, 32-year-old Farhan Zahid, and passenger Ryan Keiss, 25, also were pronounced dead at the scene. Passenger Brianna Maglio, 22, was hospitalized and remains in critical condition.

Authorities said the driver of the Nissan Maxima, identified as 22-year-old Justin Mendez, was also killed in the crash.

Quogue police said an officer observed the Maxima speeding in the westbound lanes on County Road 80 and turned around to pursue the vehicle. The officer was unable to catch up with the Maxima before it collided with the Prius, which was traveling in eastbound.

The Penn Lacrosse team tweeted condolences to the Farrell family on Monday.

Our hearts are broken following the news out of Long Island this weekend. Our thoughts and prayers go out to the Farrell family.

James was a captain during the 2018 season for us. pic.twitter.com/MDHl9gnor0

"The Penn Athletics community is heartbroken and saddened by this tragic loss. Our thoughts remain with the Farrell family and everyone who knew James during this incredibly difficult time," Penn Athletics said in a statement. "James left an indelible mark on Penn lacrosse as a captain and leader on our Student-Athlete Advisory Committee, and he will be truly missed."

Villanova Vice President for Student Life Kathleen Byrnes emailed a statement to the university community. Michael Farrell was remembered during a Monday Mass in the St. Thomas of Villanova Church.

"We want to extend our deepest sympathy to Michael's family and friends on this heartbreaking loss. Michael's brother, James, also passed away in the accident. We ask that you keep Michael, James and their family and loved ones in your thoughts and prayers during this very difficult time. The University Counseling Center and Campus Ministry are available for anyone who is grieving and wishes to talk with someone."

Ryan Kiess, a former lacrosse player at the University of Scranton, also was remembered by his team this week.

Brianna Maglio, Kiess's girlfriend and a University of Scranton graduate, continues to receive treatment for her injuries.

"Both Ryan and Brianna graduated from Scranton and both also played for Scranton's lacrosse teams. Brianna earned her Bachelor's degree in nursing in 2019; Ryan his bachelor's degree in accounting in 2018 and his master of accountancy degree in 2020," University of Scranton president Rev. Joseph Marina said. "They have many friends at Scranton who have been touched by their lives. With heavy hearts, we will continue to pray and extend our love to everyone impacted by this tragic accident."

Farhan Zahid had been an Uber driver for two years, the company said.

"Our thoughts are with the families of Mr. Zahid and the four others who lost their lives in this heartbreaking crash, and we hope the survivor makes a full recovery," Uber said in a statement.