Villanova in unfamiliar territory as March underdog, hoping to upset No. 1 seed Baylor 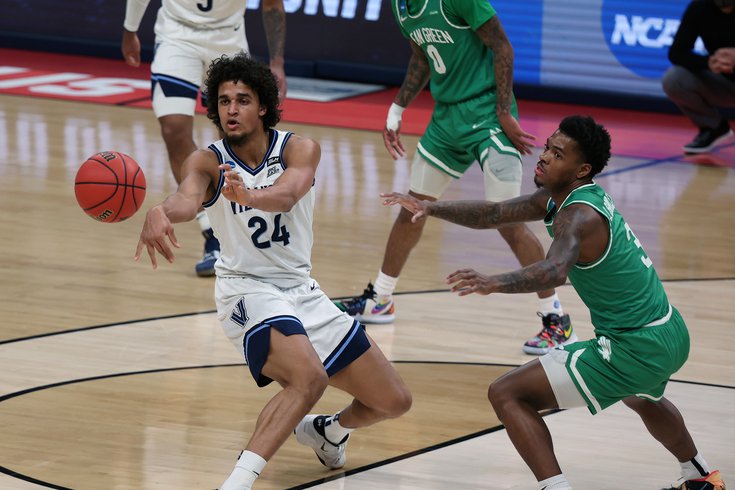 Jeremiah Robinson-Earl and the Wildcats will be big underdogs this coming weekend.

It’s late March and Jay Wright is where he should be — playing deep into the NCAA Tournament, though in an unusual position. The one glaring difference this season as opposed to those years past is that Villanova’s legendary coach and his Wildcats are in an underdog role.

The Wildcats weren’t even supposed to get this far, after losing Big East co-MVP senior point guard Collin Gillespie to a torn medial collateral ligament in his left knee on March 3 in a game against Creighton.

No. 12-seed Winthrop was the sexy pick to knock off Villanova in the first round, a 73-63 Wildcats’ victory, followed by a little help when No. 13-seed North Texas upset No. 4-seed Purdue, which led to an 84-61 Villanova romp in the second round.

Where there was some doubt against Winthrop, Wright and Villanova face complete doubt that they get by the mighty Bears, as they are currently 7.5-point underdogs according to Pa.Unibet.com. Baylor is led by the three-headed guard combo of 6-foot-3 junior Jared Butler, who averages a team-high 16.9 points a game, 6-4 senior Macio Teague (16.1) and 6-2 junior Davion Mitchell (14.1 ppg./team-high 5.4 apg).

Villanova is the underdog.

“You don’t think about it that much,” said the future Hall of Fame coach. “There’s definitely less pressure on the coaching staff. I don’t think the players think of themselves as underdogs, which is a good thing.

“The good thing about coaching young people 18 to 22, I don’t really think that they think they’re underdogs that often, but as coaches, you definitely know you are. Butler, Teague, Mitchell, even (Adam) Fagler you can almost count as a guard.

“It’s not just their talent, but their basketball IQ is outstanding. That’s what happens when guys stay in college for a few years. They really learn the game. This is a really intelligent team, as well as extremely talented. We have young guys going against them.

“They love that. That’s what the young guys want to do. They want to go up against the best, and they’re going to get their shot.”

Back in November, esteemed NCAA Tournament bracketologist Joe Lunardi predicted that Baylor would win the national championship over No. 1 undefeated Gonzaga based on the Bears’ defense.

“We’re going to go get 90 — see if you can catch us. Having said that, I publicly picked in November before the season starter for Baylor to beat Gonzaga in the championship game. I think Baylor can keep up enough to let their defense grind Gonzaga’s gears a bit. I could see it.”

Baylor will have a tough time dealing with Villanova’s 6-foot-9 sophomore Jeremiah Robinson-Earl, who’s averaging a team-high 16 points a game, though since Gillespie's absence, he’s been averaging 19.3 a game.

Robinson-Earl stressed the Wright way of staying focused on the present and not looking too far nor dwelling on what happened. The Wildcats have regrouped.

“We don’t go into games knowing we’re going to be playing a really good team, or a team that isn’t,” Robinson-Earl said. “We take every single team the same way. We go into practice and play really hard and we have the utmost respect for every single team we play. We just love going out and competing.

“Defensively, (Mitchell) really gets after it. We have to be really solid with the ball. We can’t waste possessions, because they’ll lead to turnovers. They’ll get two points, if not three points. I think (Mitchell) is really dynamic on offense.”