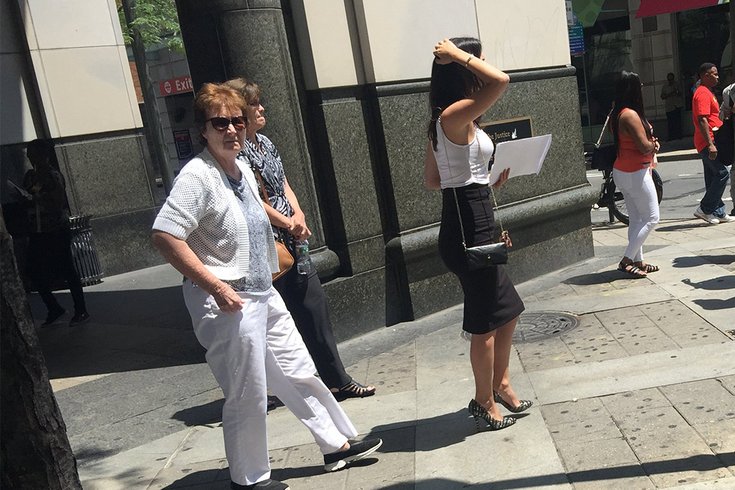 Colleen Campbell, center right, leaves the Criminal Justice Center in Center City Philadelphia after a hearing on Tuesday, July 18, 2017. If she abides by the rules of a diversionary program, charges stemming from her profane, viral June tirade outside Helium Comedy Club will disappear from her criminal record.

It was never the type of fame she wanted, so maybe it’s fitting that – in her first court appearance since becoming a foul-mouthed viral supervillain outside a Center City comedy club – Colleen Campbell didn’t stand out from the mercy-seeking crowd.

There were no reporters in the room, but for myself and colleague Patricia Madej, who covered the nuts-and-bolts of the proceedings.

There were no social-media haters carrying on about a drunken 28-year-old white woman’s privilege as it pertained to screaming vile phrases at a black police officer. That avalanche has slowed since its early June start.

There were no employers telling her that she was a former employee, for that damage had already been done to the former PHL17 reporter and Devil’s Den bartender.

In fact, it’s hard to imagine that many people in a Courtroom 405 filled with defendants chronicling their battle to overcome drug and alcohol issues knew who she was.

Sure, she was dressed well – white top, black dress, high heels – amongst folks in sweatpants, wife-beater T-shirts and bargain-rack dresses.

But nobody – save for a pair of relatives and a pair of reporters – so much as recognized the back story when Case #23 was called before Municipal Court Henry Lewandowski III at 11:59 a.m.

Though many of the cases before her on the courtroom roster involved check-ins with past defendants, Campbell and three others were called up together.

She would enter pleas of no contest to resisting-arrest and disorderly conduct charges and see a criminal-mischief offense withdrawn.

More importantly, she was part of a quartet that (for the time being) successfully sought placement in the Accelerated Misdemeanor Program (AMP2). In other words, their records would be cleared of their particular misdeeds should they adhere to the rules of the arrangement.

They each took turns answering Assistant District Attorney Lauren Katona’s questions about their education level, mental health conditions, whether they were on prescription medications that rendered them unable to know what was going on in the courtroom on Tuesday. 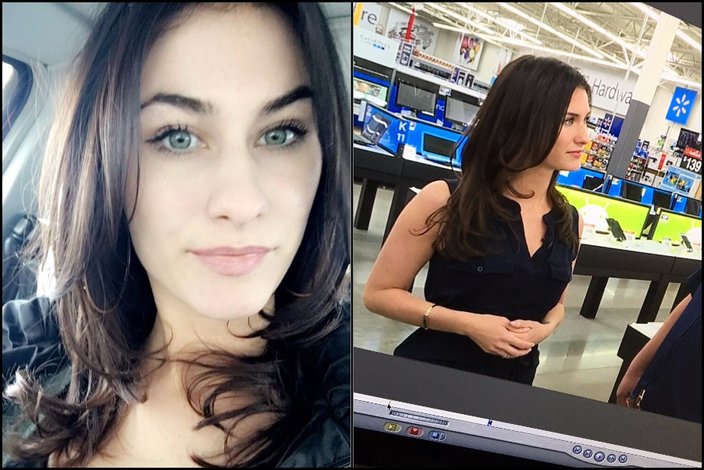 Colleen Campbell is seen here in photos provided Wednesday by her spokesman, attorney Wayne Pollock. Campbell's obscene rant at a Philadelphia police officer – and her arrest – were recorded on video outside Helium comedy club in Center City and posted to Facebook. The video went viral.

Like the others, she was told AMP2 would result in “the case being over” if she adhered to rules including not getting arrested and, if necessary, getting treatment or attending addiction meetings.

She, and they, have 10 days to change their mind about going through with the program, but an about-face seems unlikely since adherence would “keep the misdeeds off your record,” per Katona.

In the hallway, Campbell chose not to talk to Madej about her case. In the elevator, she told two women with her that she realized she was a reporter because she looked at her several times during the hearing. (I didn’t bother asking for comment. She’d already decided against that.)

I did watch as she walked out of the courthouse into the bright sunlight on a hot Tuesday afternoon and found myself wondering how much of a victory she’d be able to claim.

Sure, her record could be clear of the personal train-wreck nonsense that got captured on video outside Helium Comedy Club. But, will she ever be as anonymous as she was in Courtroom 405 on Tuesday?

Only time – and the forgetfulness of a social-media mentality that bounces from target to target at spinning fidget-spinner speed – will tell if Campbell ever regains a sense of personal and professional normalcy.

For now, though, she’s got to pony up $216.50 and show Lewandowski enough progress at an August 22 hearing to take the first step toward clearing her criminal record.

Where it goes from there is anybody's guess.