Retailer working on getting the specialty bulbs in stores, with some shortages reported 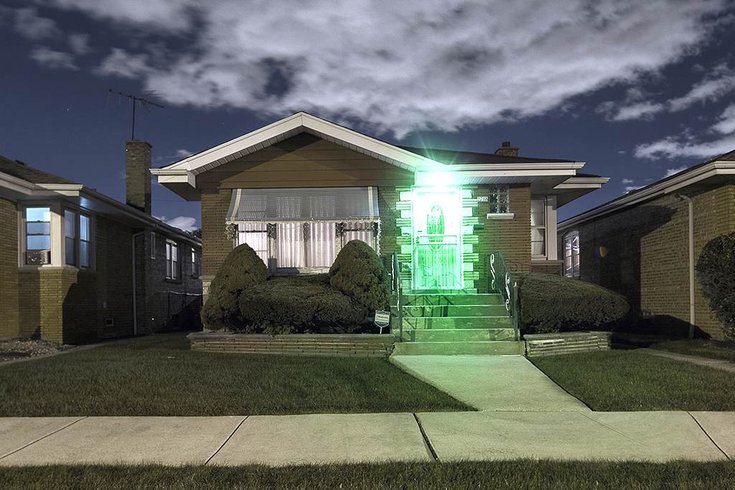 Walmart has started a new awareness campaign this year intended to help "shine a light" on veterans and help build community support for those who have served in the Armed Forces.

This year, the retailer has launched "Greenlight a Vet," an awareness campaign that asks residents to put a green lightbulb outside their homes to show support for veterans.

And, while Walmart spokesperson Scott Markley said they hope that the community will help sustain the campaign with ongoing support, with Veterans Day coming up tomorrow, there's no better time.

"When veterans are out of uniform, they are more camouflaged than ever," said Markley. "Our hope is to create a national campaign that will effectively shed the light on them."

The program has seemingly proved quite popular, with some stores in the area reportedly out of the green-hued light bulbs. Markley said that Walmart is "very encouraged by the response to 'Greenlight A Vet' " and said the retailer is currently working to make sure stores throughout the country have enough bulbs to meet demand.

"Even if we can’t always see our veterans, they should always be able to see our support. We are getting bulbs in our stores as quickly as we can," he said in an emailed response. "However, people can greenlight a vet in many ways – hire or help a veteran find a job in your community, volunteer and serve with veterans groups in your local community, or raise awareness on social media."

Markley said Walmart has long supported veterans and, in 2013, launched the Veterans Welcome Home Commitment, guaranteeing employment to any veteran who had been honorably discharged within the last 12 months.

For the "Greenlight a Vet" initiative, Walmart teamed with the Institute for Veterans and Military Families, Team Red, White and Blue, Team Rubicon, Hire Heroes USA and Blue Star Families to highlight its veteran awareness program.

For more information, or to learn how you can participate in the "Greenlight a Vet" campaign, visit greenlightavet.com.