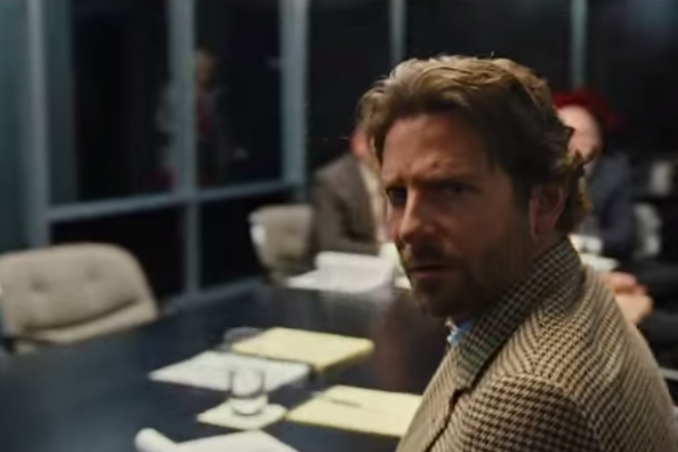 Bradley Cooper as a home shopping executive in the upcoming film "Joy."

And who can complain?

20th Century Fox uploaded the first trailer for the upcoming David O. Russell ("Silver Linings Playbook," "American Hustle") film "Joy" Wednesday morning, a two-minute teaser that shows a sorrowful -- and ironically named -- Joy Mangano (Lawrence) struggling through a series of bad jobs and unfortunate life events as a single mother of three. The film is a biopic that chronicles Mangano -- a real-life inventor known for making the "Miracle Mop" -- and the rollercoaster dynamics of her family. It also documents her rise to matriarch status after transforming her family's invention-focused and mop-led business into what later became, shall we say, a sweeping success.

Cooper, meanwhile, is slated to play an as-yet-unnamed shopping network executive who helps Lawrence market the mop. Notably, though Mangano is now HSN-famous, it was West Chester-based QVC that first introduced the mop and pushed forward Mangano's company, Ingenious Designs.

Given how Lawrence and Cooper's first two films with Russell played out, it's a safe bet that "Joy" will be among the whispers during awards season next year. "Joy" currently has a release date of Dec. 25.