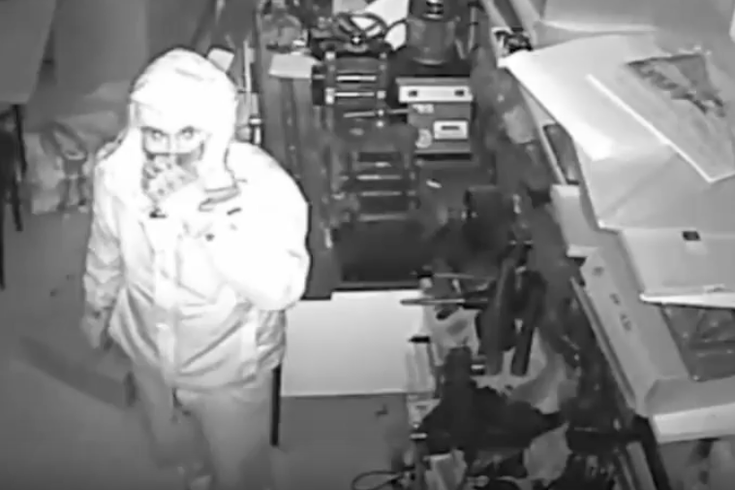 This image shows one of two suspects seen in surveillance footage of the burglary at Kim Thanh Jewelry on March 20, 2017.

Investigators continued to search for the suspects Tuesday, releasing surveillance video of the alleged crime recorded inside Kim Thanh Jewelry on the 5500 block of Whitaker Avenue in the city's Lawncrest neighborhood.

Prior to entering the store, police said the suspects snipped several security wires and phone lines, but authorities still were able to recover video of the incident. The footage shows the suspects entering the store by breaking through the roof of the neighboring business, the Bambu Cafe, before breaking through the wall to access a trove of valuables.

Authorities said the suspects broke into a safe and stole rings, diamonds, pendants and Rolex watches worth more than $1.3 million.

This was the second time in the last two months Kim Thanh Jewelry has been targeted by burglars.