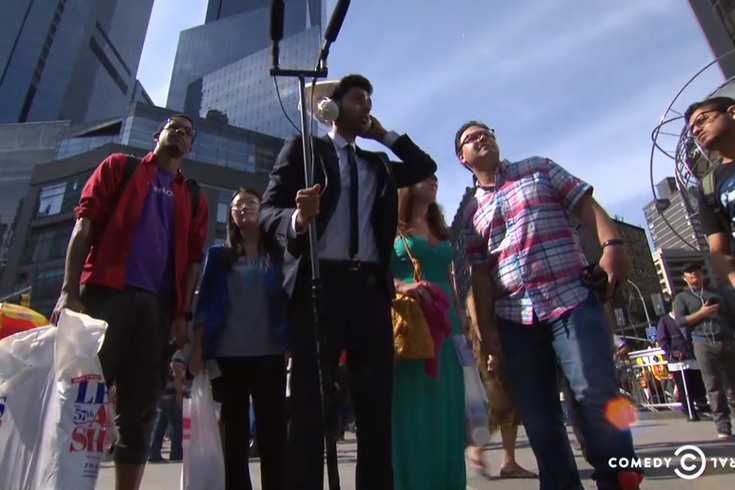 "The Daily Show" went to Philly for the papal Mass Sunday.

"The Daily Show" returned to the airwaves Monday night - minus Jon Stewart, plus Trevor Noah - to mixed reviews.

In the first episode with the South African comedian hosting, the main story of the night was Pope Francis' visit to the United States.

Noah riffed on the pontiff's visit during his monologue, at one point making a joke about Francis and his, well, manhood.

Later in the show, correspondent Hasan Minhaj took to Philly for the papal Mass to talk to pilgrims and be generally silly.

In the segment, Minhaj plays on Francis' "rock star" status and at on point during the service stands up only to have someone shout and request he sit down. Watch the segment here: