WATCH: Danny DeVito says a monkey bit him where the sun don't shine 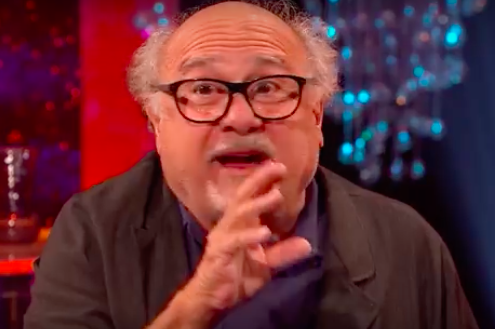 Danny DeVito appears on "The Graham Norton Show" in October 2016.

For a Jersey guy, Danny DeVito has come a long way to earn his reverence in Philadelphia — not that he isn't a loveable human being in his own right.

Over 11 years and 11 seasons of "It's Always Sunny in Philadelphia," DeVito's Frank has epitomized the endearingly brash and unscrupulous form of local wisecracking that fills our streets with an inverted sense of community.

What you're about to hear will sound like it might come straight from the pages of an "Always Sunny" script.

In fact, it happened on the set of "Batman Returns," Tim Burton's 1992 classic that helped lift DeVito into the public consciousness. This is DeVito a few weeks ago on the "The Graham Norton Show."

Here's a scene from the movie with Penguin and the offending primate.

It didn't seem possible, but this story definitely beats the one about DeVito almost drowning on the set of "Always Sunny," as told by Charlie Day.

It's very possible that the monkey ordeal prepared DeVito to be the best Frank he could be. During a roundtable interview at Comic-Con International: San Diego in 2013, the actor said "no" isn't a part of his vocabulary for the FXX show. Via CinemaBlend:

At the very beginning when we started ... with the first couple of shows I was going to do, I loved the work, the writing, the guys, but I knew we had to keep pushing the envelope. After a few years, they really started taking me seriously too … I don’t ever say, ‘No, that’s too much.’ That’s part of the deal with It’s Always Sunny. (The writers) just work on digging the hole deeper and deeper. I have no idea what’s coming.