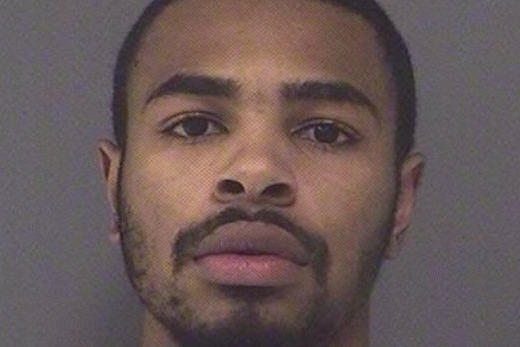 Umbachi Jackson, 22, of Lakewood, sentenced to 12 years in prison in killing of childhood friend.

The family of a Jackson man who was fatally shot in the back three years ago burst into rage at a Toms River courtroom after judge provided a lenient sentence as part of a plea bargain for their son's killer.

On Friday afternoon, Superior Court Judge Rochelle Gizinski sentenced 22-year-old Umbachi Jackson Jr. to 12 years in prison in the death of his childhood friend, 24-year-old Kenneth Scott, who was killed over a $100 bet on a dice game, according to the Asbury Park Press.

Furious with the terms of the plea as an act of manslaughter, Kenneth Powell, the victim's father, demanded that the sentencing be postponed so that he could undertake his own murder investigation.

When asked to calm down, Powell retorted with a comparison to the television drama "Matlock," suggesting his protest fit within the bounds of courtroom behavior.

“We’re not on television, sir," Gizinski reportedly said, acknowledging the family's pain and the impossibility of them leaving the courtroom satisfied.

Scott was killed on Aug. 29, 2013 after investigators determined he failed to pay a $100 bet in a dice game at the High Point condominium complex in Lakewood.

His mother, who said Scott's daughter was born two days prior to his death, reportedly told Jackson that he should take his own life while in prison.

Jackson is required to serve 85 percent of his sentence before he becomes eligible for release on parole.