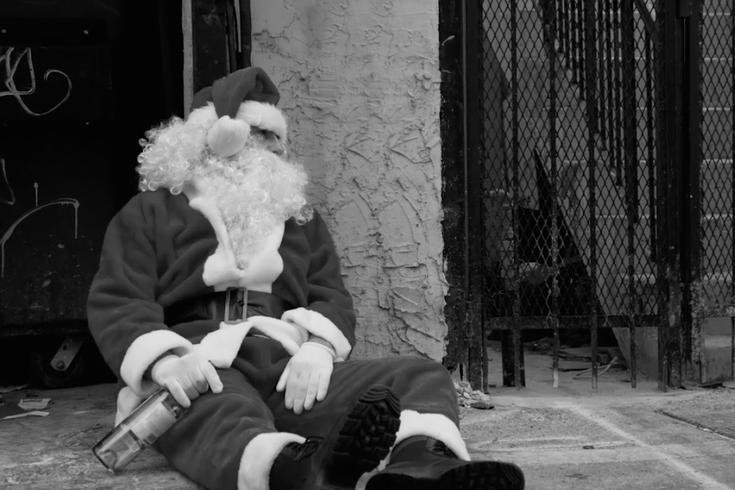 Santa Claus down and out in Philadelphia.

In May of 2015, Philadelphia said goodbye to the man whose volunteerism turned into a grave misfortune for the city's sports reputation.

Frank Olivo, the man infamously pelted with snowballs at a 1968 Eagles game, would never have guessed that replacing a Santa Claus who was stuck in traffic would set the tone for decades of tired criticism lobbed at Philadelphia fans.

To the extent that the great Santa-pelting has become an entrenched meme, for better or for worse, it means that trotting it out requires at least a smidgen of creative presentation. After many years of local eyes rolling at the mere mention of this tale, ESPN has finally done something kind of funny.

In a gag celebrating Christmas, the makers of the network's acclaimed "30 for 30" documentary series came up with a holiday special to lampoon the legacy of Philadelphia versus Santa Claus. If no one here gets presents tomorrow morning, we'll all know why.