One person was seen escaping the engulfed house 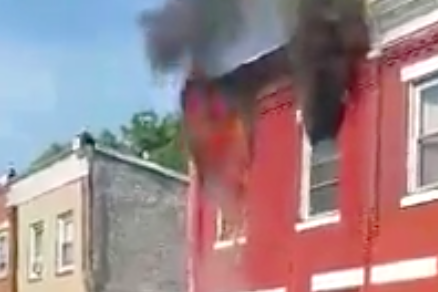 Video of North Philadelphia house fire prior to firefighters' arrival.

A witness captured a harrowing video of a flame-engulfed home in North Philadelphia in the moments before the fire department reportedly arrived at the scene on Sunday.

In the video, captured by Facebook user Mike Davis who appears to have been standing across the street from the blaze on 2600 block of N. Napa St., viewers can first see flames billowing from the second-story windows preceded by the bursting of glass.

Seconds later a man runs out of the front door on the first floor, appearing in fair condition, as witnesses attempt to ask him if anyone else was in the home.

There is no word on the male victim's current condition or if anyone else was found in the home, however, an EMS official was said to have been treated for smoke inhalation.

Read the full report at PhillyFireNews.com.