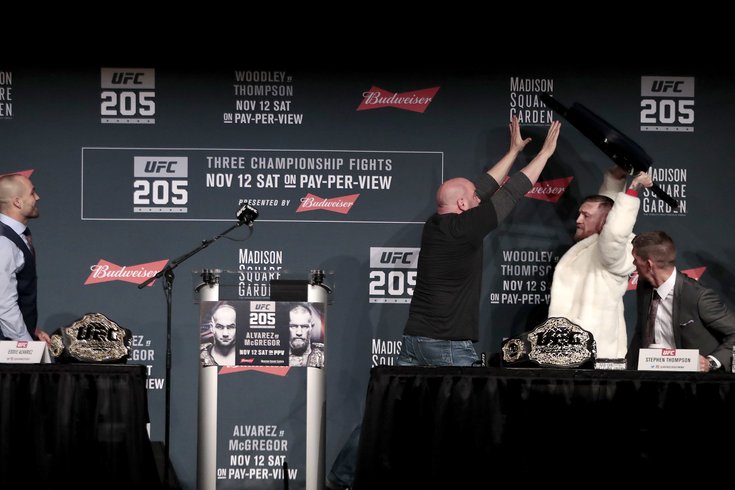 Fighter Conor McGregor, second from right, holds up a chair as UFC president Dana White, center, tries to stop him while Eddie Alvarez, left, looks on.

If you watch the UFC often, you're familiar with the antics that often dominate the pre-fight press conference, especially when featherweight champ Conor McGregor is involved.

And Thursday's presser ahead of UFC 205, the biggest card in the sport's history, was no different.

As expected, McGregor made his typically boisterous entrance. There were no water bottles thrown, but there was some theft.

And that's when things almost got really out of hand -- there may not have been any flying plastic bottles, but there was almost a flying chair.

Do we really have to wait another two days for this fight?