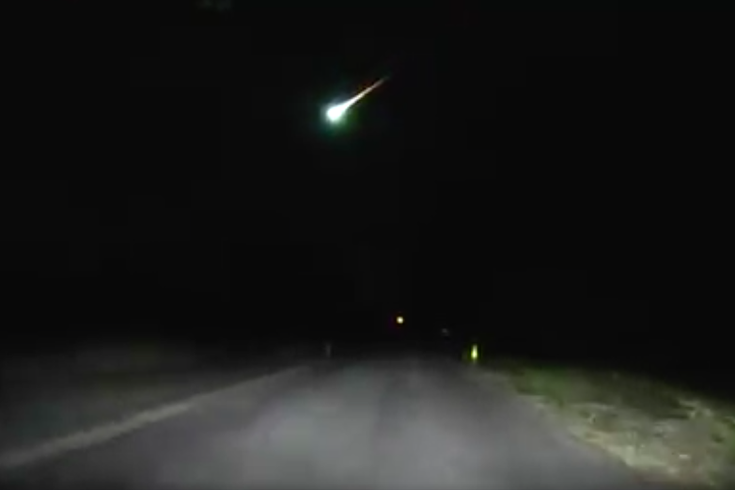 Exploding boloid was observed along the east coast during the early morning hours of Saturday, Dec. 2, 2017.

Among the advantages of a world festooned with cameras practically everywhere, the one bonus that doesn't get enough play in debates about our surveillance society is the ability to better document things randomly exploding in the sky.

Years ago, if you saw a UFO or some unscheduled stellar event, you were generally left to either hope others saw it too, or bank on your credibility with the people you know. If they don't believe you, you're crazy all of a sudden.

Imagine you're a police officer in central New Jersey's Hamilton Township. You're driving along an isolated road in the dark of night and then BOOM—this happens.

It's a good thing you have a dashboard camera, isn't it?

The American Meteor Society (AMS) received numerous reports of this event along the east coast on December 2. The fireball seen in the sky is technically called a bolide, an extremely bright meteor whose exploding flash can be twice as luminous as the moon.

Everything you need to know about these rare fireballs can be found in the American Meteor Society's handy FAQ.