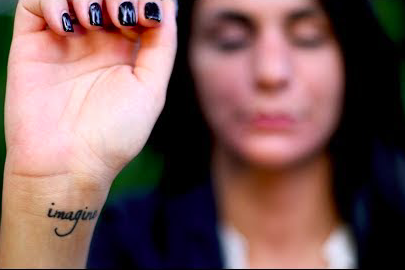 Ali grew up in suburban Philadelphia before addiction trapped her in the world of prostitution.

Between Oct. 12-15, a total of 84 minors were safely recovered in a coordinated sweep involving 78 local and state task forces, 55 FBI field offices and assistance from international partners in Canada, the United Kingdom, Thailand, Cambodia and the Philippines.

One former sex trafficking victim, rescued by the FBI during an operation in years past, stepped forward to share the story of how she wound up on the streets of Kensington after an upbringing in Philadelphia's affluent suburbs.

"In the beginning, it's easy for them to manipulate you when you have nothing, and they're literally providing you with everything, and they have that control over you," said the woman identified only as Ali.

In the video below, Ali explains how she became entangled in a world of heroin and prostitution, held captive by pimps who exploited her addiction until the FBI decisively stepped in to save her life.

"Whether it's addiction or prostitution or human trafficking, it doesn't discriminate against any socioeconomic status or any background," Ali said. "Even me, in the beginning, [I] thought, I come from a good family, an educated family, a good area. Like, this could never happen to me. I was one of those naive, ignorant people that didn't think it could happen to me, as though I was above other people. But it can happen to anybody."

The FBI's Innocence Lost national initiative began in 2003 and has yielded more than 6,500 child identifications and locations. Operation Cross Country is now in its 11th year in partnership with the National Center for Missing and Exploited Children.

“Year after year, Operation Cross Country hammers home the abhorrent prevalence of child sex trafficking,” said Michael Harpster, special agent in charge of the FBI’s Philadelphia Division. “Right now, children are being sexually exploited and they are being traumatized in our area, and across the country. That’s what drives the FBI and its partners on our Child Exploitation Task Forces. We will never stop working to find and free trafficked children, and ensure those responsible are brought to justice."

FBI agents and task force officers stage their operations in hotels, casinos and truck stops, as well as on street corners and the internet. The youngest victim recovered during this year's operation was 3 months old, while the average age of the minors recovered was 15. They are all offered assistance from state protective services and the FBI's Victim Services Division.

“We at the FBI have no greater mission than to protect our nation’s children from harm.  Unfortunately, the number of traffickers arrested — and the number of children recovered —reinforces why we need to continue to do this important work,” FBI Director Christopher Wray said. “This operation isn't just about taking traffickers off the street. It's about making sure we offer help and a way out to these young victims who find themselves caught in a vicious cycle of abuse."

Anyone with knowledge of child sex trafficking is asked to notify the FBI — anonymously, if need be — at 1-800-CALL-FBI or tips.fbi.gov.